Karl Rove: Biden's proposed tax increase would kill more than half a million US jobs 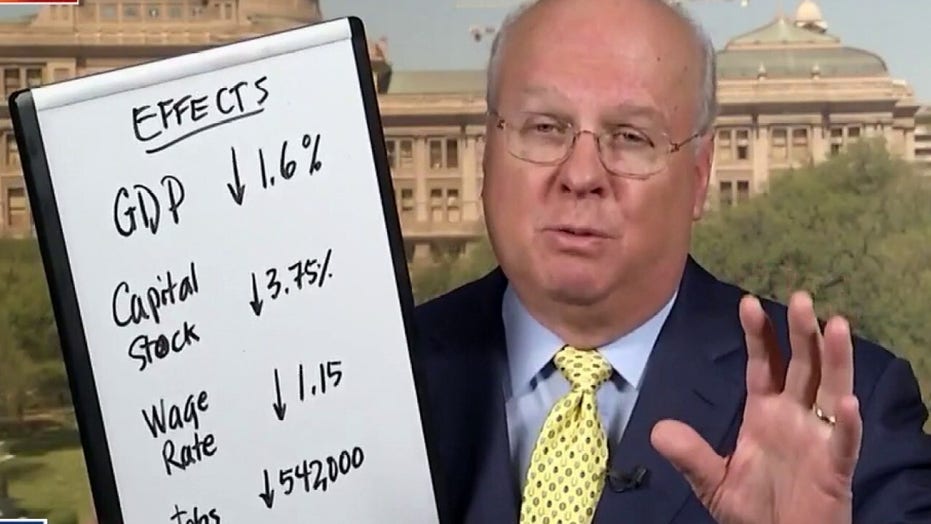 Biden has repeatedly pledged to raise taxes on any American earning more than $400,000 per year. The president said last week that he believes he will be able to get enough Democratic votes to pass his proposal through the Senate.

The administration’s emerging plan, a source told Bloomberg, would raise the corporate tax rate from 21% to 28% and raise the income tax rate on individuals making more than $400,000. It would also raise capital gains taxes on those making more than $1 million per year, expand the estate tax, and pare back tax preferences for certain businesses. The tax hike, the first of its kind in nearly 30 years, would likely take effect beginning in 2022.

In addition to the job losses, Rove told host Martha MacCallum, America’s GDP would be reduced by 1.6%.

“That is to say, we’ve got like a $21 trillion-plus gross domestic product, the value of everything manufactured, made and sold in the United States,” Rove explained, “and it would be [reduced by] roughly $300 billion in the first year.”

An analysis of Biden’s campaign tax plan conducted by the Tax Policy Center estimated it would raise $2.1 trillion in new revenue over a decade, Rove explained, calling the move “the fifth-largest tax increase in America’s history.”