Far-left Seattle Councilmember Kshama Sawant was in danger of being ousted Wednesday as results continued to be tabulated from Tuesday’s recall election.

As of 4 p.m. PT Wednesday, more than 19,700 voters in Seattle’s District 3 had called for Sawant to lose her council seat, representing 50.3% of the counted votes, FOX 13 of Seattle reported.

But the latest figures represented a narrowing of the gap for Sawant, who was facing opposition from 53% of voters Tuesday night, according to the Seattle Times.

The district has a total of more than 77,000 registered voters but it was unclear exactly how many had turned out for the recall election.

Mark Alan Smith, a political science professor at the University of Washington, estimated that turnout would be high because Sawant is viewed as a polarizing figure in the city, FOX 13 reported.

Those signature issues could go undecided as far into the future as Dec. 16, according to the newspaper.

The data from the elections chief suggested a voter turnout rate of as high as 53%, the Times reported. 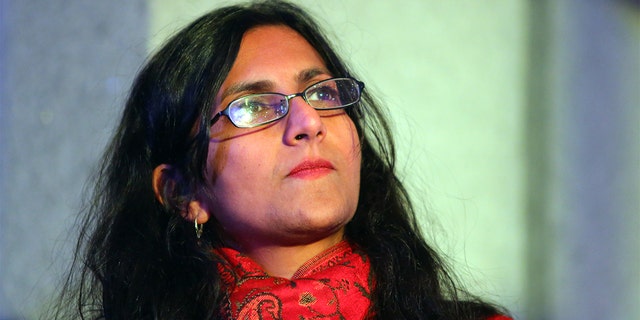 Constituents who pushed to get the recall election held had accused Sawant of three charges, according to the Times.

They claimed Sawant used city resources to back a “Tax Amazon” ballot initiative without complying with public disclosure rules, ultimately settling the dispute for $3,516; defied city COVID-19 safety orders by allowing hundreds of protesters inside City Hall in June 2020; and led a march to the private home of Mayor Jenny Durkan, whose address is protected by a state program because Durkan is a former federal prosecutor.

Sawant admitted opening City Hall but disputed that the action violated any laws, and the councilmember denied helping to organize the protest at Durkan’s home, the Times reported.

Sawant, 48, an Indian immigrant, is the longest-tenured member of the council. She is a self-described socialist.

The Washington state Supreme Court gave approval for the recall election, denying arguments by Sawant’s legal team that the accusations against her were “factually and legally insufficient.”