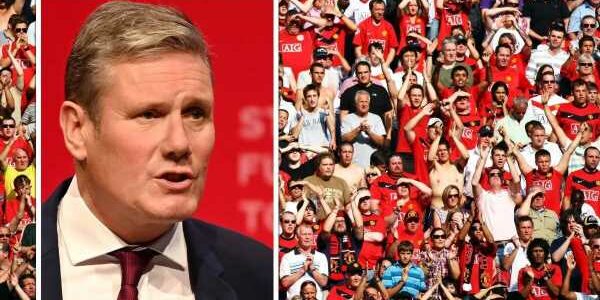 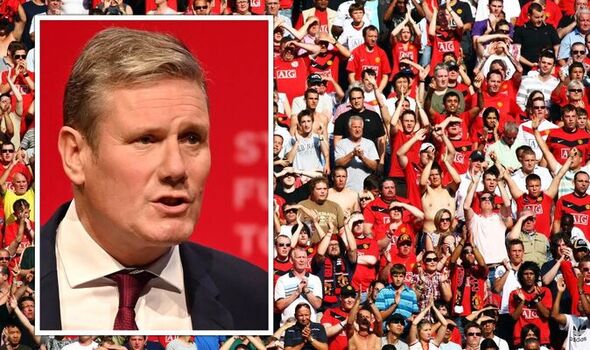 Shabana Mahmood, Labour’s national campaign coordinator, said: “It is obvious that the current governance system of football is barely existent and totally not fit for purpose.”

Fans of the Red Devils have held protests including marches and pitch invasions to voice opposition to the way the club has been run by the US-based Glazer family. There have also been protests against owners at Birmingham City, Oldham Athletic, Derby County and Bury FC.

Under Labour’s plans, clubs would also be obliged to set up “shadow boards” with between five and 12 members chosen independently by fans, with the right to be consulted on key decisions. It would hold meetings at least four times a year with club executives, and the club’s Chief Executive would need to meet it at least twice a year.

Labour would also create an independent regulator for professional football with the power to set a new test ensuring potential owners and directors are “fit and proper” people to run a club.

Established football clubs would be deemed “heritage assets”, to establish the principle that they must be managed in a way that recognises their importance to local communities.

Ms Mahmood, who represents a Birmingham constituency, is overseeing preparations for Labour’s general election manifesto. She said: “We have seen protests at Birmingham City and elsewhere, and you’ve got other clubs where things are not good but they haven’t yet reached crisis point.

“The current football governing bodies are membership organisations, which means the members are the clubs themselves and they are run in the interests of the owners, so it is very easy for fans to be forgotten about.

“If Labour wins a general election we will take action to ensure fans are listened to. A shadow board at each club would speak to fan interests and force club owners to ensure fans are at the heart of all decisions and are properly consulted about the future of their club.”

The Government commissioned Conservative MP and former sports minister Tracey Crouch to lead a review of football which published recommendations in November last year, and Labour’s plans are based on her findings.

Ministers have promised a White Paper setting out the Government’s own response to the review, but there is still no timetable for its release.

Sports Minister Stuart Andrew told MPs last week: “The Government recognises the need for football to be reformed to ensure the game’s sustainability in the long term. We remain committed to publishing a White Paper in due course setting out our detailed response to the Fan Led Review of Football Governance.”