Senator Joe Manchin’s push to have the parties work together has become a major obstacle for Democratic legislation on voting rights and other issues. 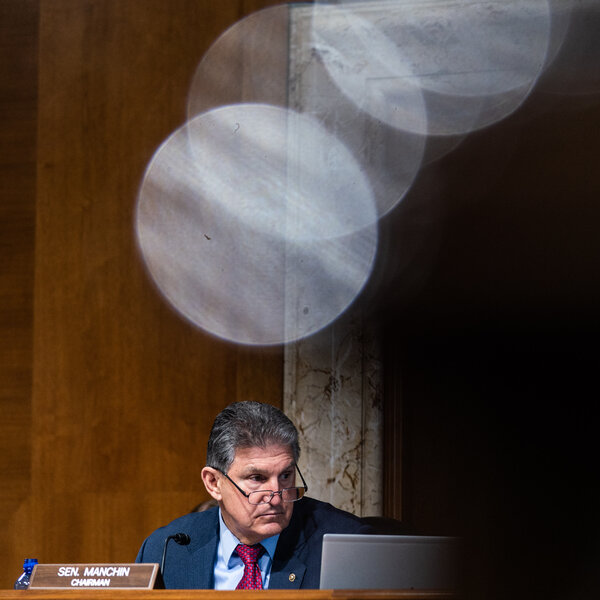 Six months into his role as majority leader, Senator Chuck Schumer is still trying to get Democrats’ legislative agenda into full gear. But the Senate Democratic caucus has a built-in brake system. Its name is Joe Manchin III.

And on Sunday, Mr. Manchin made it clearer than ever that he was uninterested in helping the Democrats get to cruising speed.

In an opinion essay in his hometown newspaper, The Charleston Gazette-Mail, Mr. Manchin declared that he would vote against the Democrats’ sweeping voting-rights bill called the For the People Act, and he promised in no uncertain terms to oppose eliminating or reforming the filibuster.

The announcement, though not altogether a surprise, dealt a crushing blow to the hopes of most Democratic lawmakers, who had seen the upcoming summer session as their big opportunity to advance the party’s ambitious goals — on voting rights and beyond. (After the chamber adjourns for the August recess, much attention will turn toward next year’s midterm elections.)

It also serves to clarify where the goal posts may lie on a variety of issues, as Mr. Manchin stands firmly against allowing his party to legislate freely without buy-in from Republicans.

“I will not vote to weaken or eliminate the filibuster,” he wrote. “For as long as I have the privilege of being your U.S. senator, I will fight to represent the people of West Virginia, to seek bipartisan compromise no matter how difficult and to develop the political bonds that end divisions and help unite the country we love.”

After Mr. Manchin published his essay, Mr. Schumer tried to sound an optimistic note by mentioning two areas where legislative proposals might soon get a vote in the Senate: gun control and L.G.B.T.Q. rights. But there is little certainty about whether those bills could pass at this point.

The same is true of some of the biggest-ticket Democratic priorities in the weeks and months ahead. Here’s a look at where things stand on four of President Biden, Mr. Schumer and Speaker Nancy Pelosi’s main goals, in light of Mr. Manchin’s ultimatum of bipartisanship.

The most immediate (likely) casualty is the For the People Act. It is known as S. 1 in the Senate and H.R. 1 in the House, reflecting its pride of place among Democratic leaders, who consider it to be an existential necessity as Republicans in state legislatures across the country pass laws that restrict voting access and may make it easier for state lawmakers to challenge or invalidate election results they find unfavorable.

In his essay, Mr. Manchin aimed most of his darts at fellow Democrats, branding the For the People Act as a partisan power grab. This is the main argument against the legislation used by Republicans to give cover to the state-level bills, including Senator Mitch McConnell, who has said S. 1 is “designed to advantage one side and disadvantage the other.”