On a corner of my desk, there is a small pile of newspaper clips, notes and documents. They date back to last October and are part of the scandalous information contained on a laptop abandoned by Hunter Biden.

Normally I would have thrown the papers away or stored them by now. But I kept them handy because I knew the day would come when they would be needed again.

Friday was that day.

In a TV interview, Hunter effectively conceded for the first time the laptop was his, opening the door to a new round of scrutiny about his foreign business scams and influence peddling. This time, the door must stay open until America gets the truth.

Thanks to The Post’s dogged work last fall, it was obvious the laptop was Hunter’s. But because Democrats and their media mouthpieces tried to hide the truth, emails revealing suspicious conduct of the man who is now president have never been fully examined and explained.

That blackout must end.

So far, all we’ve gotten are lies, as when Joe Biden called the laptop “a Russian plant” during a presidential debate. He had help in concocting that claim, with 50 former intelligence leaders, including the odious John Brennan, saying that the contents smelled like Russian disinformation.

That was a dog whistle for Big Media, which tried to debunk stories about the shocking content. Even when Tony Bobulinski, a decorated former Naval officer, came forward to say he was the CEO in a deal involving the Biden family and Chinese energy officials, that he talked with Joe Biden about the deal and that Joe was to get a secret 10 percent cut, Big Media looked the other way.

That was a second dog’s whistle, this one for Big Tech, with Facebook and Twitter promptly blocking The Post’s reports during the stretch run.

The performance was a national embarrassment – and a successful dirty trick that helped Biden win the election. How successful became clearer in a poll where 45% of his voters said they didn’t know about Hunter’s business deals, and 9.4% said they would not have voted for Biden had they known.

Weeks later, in December, Hunter admitted he was the target of a criminal tax probe by the Department of Justice, in part because the FBI also had the laptop’s contents. How convenient that the information held until after the election.

Yet willful media ignorance continues still. Just last Thursday, in an NPR review of Hunter’s new book, “Beautiful Things,” Ron Elving, an NPR editor, made the false claim that the “laptop story was discredited by US intelligence and independent investigations by news organizations.” He later made a mealy-mouthed correction, but no real journalist could make that mistake.

If Biden or Psaki won’t give credible answers, Americans will know they are hiding something important.

But karma is a funny thing, and Hunter’s comments Friday to CBS during a book tour bring the laptop back into play. While I’m not naive enough to assume The New York Times, CNN and Twitter will suddenly become anything other than leftist shills, they no longer have a monopoly on the information many Americans get.

Moreover, as president, Biden cannot hide as easily as he did last year. Press conferences provide journalists opportunities to ask him directly about his role in Hunter’s deals.

Also, press secretary Jen Psaki holds near-daily briefings, where reporters have time to raise complicated subjects. All these events are televised, so merely asking clear, fact-based questions about the president’s conduct alerts viewers to the issues and stakes.

If Biden or Psaki won’t give credible answers, Americans will know they are hiding something important. 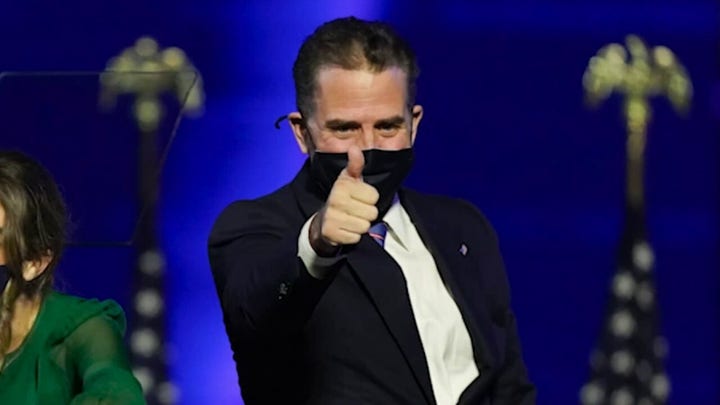 Although Hunter still has not been straight about his father’s role, the onus has shifted to his father. It’s way past time Joe Biden answers questions about how his family, including brothers Jim and Frank, managed to make tens of millions of dollars off contracts and connections to Joe’s government power.

The short answer is that they were selling access and foreign governments and oligarchs were happy to buy at exorbitant prices. The best known scam, Hunter getting $4 million from Burisma, the corrupt Ukrainian energy company, despite knowing nothing about energy or Ukraine, sums up the family business model.

The most vital open questions involve Bobulinski’s claims about China. He worked with Hunter and Jim Biden, along with two other investors, to form a joint venture with the energy conglomerate, whose owners were tight with the Chinese Communist Party.

The plan was for the Americans to use Joe’s contacts to arrange deals with governments around the world for the Chinese to buy infrastructure projects and operate them. The Chinese would put up all the money and, on each deal, the Americans would get a cut. They imagined many billions of dollars trading hands.

One of the emails on the laptop said Hunter would hold 10% of the partnership for “the big guy.” 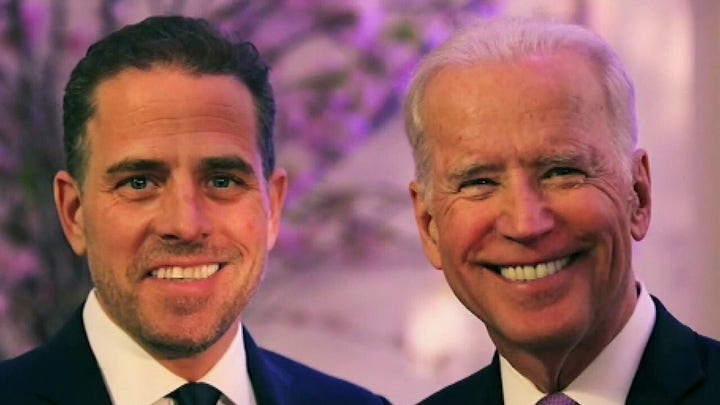 Bobulinski told me that Joe Biden was “the big guy,” one of the phrases Hunter used to refer to his father. Another partner, James Gilliar, told Bobulinski by text, “Don’t mention Joe being involved, it’s only when u are face to face, I know u know that but they are paranoid.”

Bobulinski told me he met with Joe, Jim and Hunter to discuss the “family business” in 2017 and in a second conversation the next day, Joe told him to “watch out for my family.” When Bobulinski asked Jim Biden why the family wasn’t worried about Joe’s role being exposed, he said Jim laughed and said, “Plausible deniability.”

The joint venture collapsed, but Senate investigators revealed that Hunter, Jim and the fifth partner, Robb Walker, were paid $11 million by the Chinese side over subsequent months.

Did Joe Biden get any of that money, directly or indirectly? Recall reports that Hunter once said that his father demands half his income.

Sen. Ron Johnson, R-Wis., whose committee probed the Bidens’ China connections, believes the money the family got creates a risk that China can “blackmail” the president.

These are serious concerns, yet too much of the media doesn’t even care. It’s up to the few remaining honest journalists to find the facts.