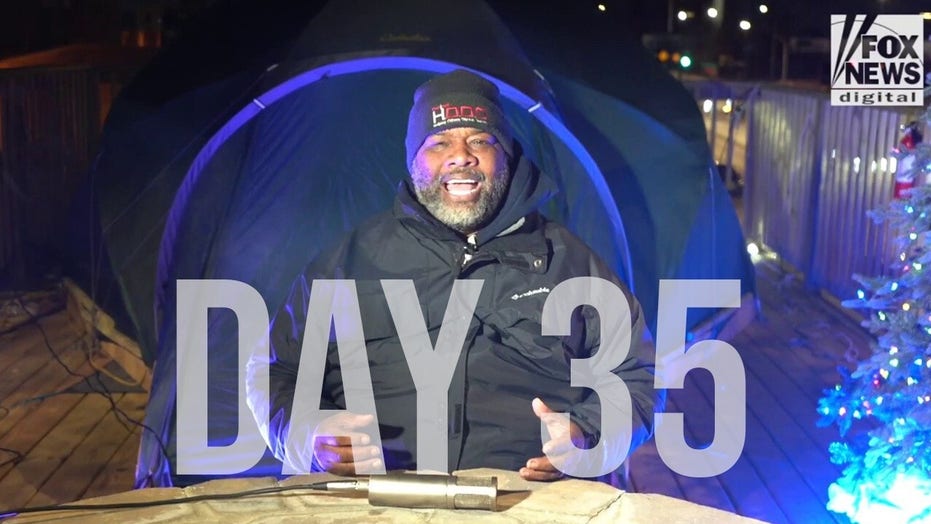 Pastor Brooks spends Christmas on a Chicago rooftop, reminds everyone you can bounce back

An MSNBC columnist is calling for the end of the  NORAD Santa tracker, claiming that it is time to “decouple” Santa Claus from American military culture.

In an op-ed published on MSNBC.com, opinion columnist Hayes Brown took issue with the North American Aerospace Defense Command’s 60-year tradition of tracking Santa Claus’s imaginary journey across the globe delivering presents and explained why “if had my way, this year would be the last.”

“No, I’d prefer we end the tradition because it’s about time that we decoupled St. Nick from the world’s most powerful military,” Hayes Brown wrote. “American culture is saturated with a desire to associate the military with the saccharine. We get videos of soldiers returning home to their pets or children but never questions about why they were deployed for so long or what threat they were fighting; military jets flying over NFL games give us an injection of jingoist testosterone before more regionally focused battles of testosterone are played on the field; and we get the Netflix movie “Operation Christmas Drop,” a seasonally themed rom-com that cheerfully seeks to boost approval for America’s military base in Guam.” 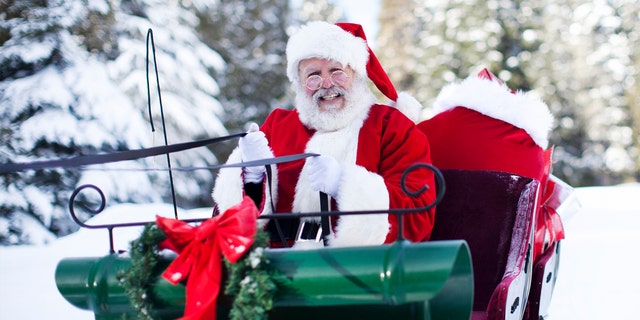 Brown explained that he does not consider himself a “scrooge” and does acknowledge the joy the practice brings children but ultimately believes: “The messier business of war that goes on in the background doesn’t jibe with the Christmas spirit.”

Brown pointed to drone strikes that have caused civilian casualties across the world and have helped “military officials avoid the political headaches that come from massive ground deployments.”

Brown outlined examples of the U.S. military, in his belief, not being held accountable for military strikes that left civilians dead and then wondered aloud if the military would be held accountable if it killed Santa Claus in a drone strike.

“Earlier this month, a friend of mine mused on Twitter: “wonder if this will be the year NORAD finally kills Santa,” Brown wrote. “It’s a great joke, which prompts this hypothetical: If the Air Force did accidentally target Santa, say during one of his stops outside the U.S., would we hear about it? Would the resulting loss of life be deemed ‘credible’? Or would it just be another case investigated and tucked away in the Pentagon’s files?”

The article concludes with Brown not being able to answer that question, which he says is part of the justification for stopping the NORAD practice of tracking Santa.

“The military wrongly killing someone is more frequent an occurrence than its interest in the delivery of toys,” Brown writes. “So out of concern for Santa’s safety, out of exasperation at the Pentagon’s propaganda and because at Christmas you tell the truth, let’s have NORAD release Santa from its annual pantomimed surveillance.”

One user explained that the military is “far from perfect” and the Santa tracker is a “tradition my kids love.”

“Honestly, fair — it’d be weird if everyone agreed with me 100% of the time and I’m glad your kids enjoy it,” Hayes responded. 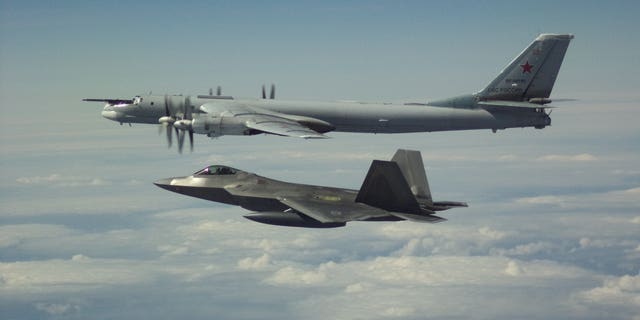 The North American Aerospace Defense Command (NORAD) said that it had to scramble two pair of U.S. F-22 fighter jets to intercept the Russian formation on Tuesday.
(Twitter)

Another Twitter user accused Brown of “hubris” and said “people are on duty at command centers all over the world, right now, Christmas Eve night” and “this serves as an international *training exercise* of tracking & comms systems in an enjoyable way.”

“That’s the best argument I’ve seen supporting the program so far,” Brown wrote back. “Mostly I’ve gotten ‘it’s for the children.’ So it’s both practical AND an annual PR bonanza.”

President Joe Biden and First Lady Jill Biden took part in the NORAD Santa tracker ritual on Christmas Eve and were involved in a viral moment where a caller said the phrase “Let’s go Brandon”, a popular online phrase used to disparage the president, to which Biden responded, “Let’s go Brandon, I agree.”