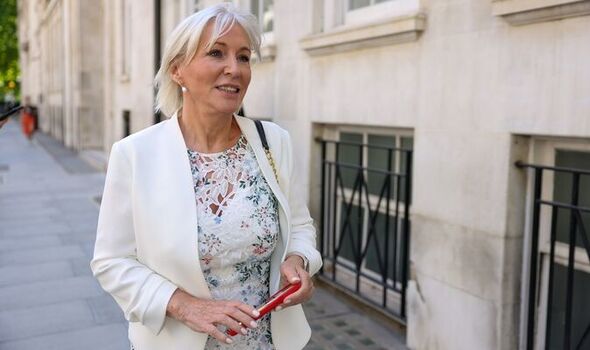 Ms Dorries, who backed Ms Truss for the Conservative Party leadership, said there was “widespread dismay” about the Prime Minister’s approach so far. The former culture secretary highlighted areas that were her responsibility but have now been paused, including the sale of Channel 4 and the Online Safety Bill.

Ms Dorries tweeted: “Widespread dismay at the fact that three years of work has effectively been put on hold. No one asked for this.

“C4 sale, online safety, BBC licence fee review, all signed off by Cabinet all ready to go, all stopped. If Liz wants a whole new mandate, she must take to the country.”

Ms Dorries was asked by Ms Truss to stay on as culture secretary but she chose to return to the backbenches. She has been critical of Ms Truss, accusing her of throwing Chancellor Kwasi Kwarteng “under a bus” by blaming him for the 45p income tax rate row.

He told an event at the Tory conference that he and “wonderful” Ms Dorries used to get on “like a house on fire” around the Cabinet table and agreed on “almost everything”.

He suggested the current deadline for a general election is January 2025, signifying the possibility of the Government holding off as long as possible before calling a vote.

But former justice secretary David Gauke told a European Movement fringe event that while “constitutionally it is fine” for Ms Truss to act without a mandate “it’s much, much more difficult”.