Three members of the committee told the Carolina Journal that they expect the resolution of censure to pass.

REPUBLICANS WHO VOTED TO CONVICT TRUMP FACE BACKLASH AT HOME

“I absolutely support a censure of Senator Richard Burr, NC for his vote on the impeachment of President Trump,” committee member Kyshia Lineberger wrote on Facebook on Saturday. “Senator Burr did NOT vote the will of the people and should be held accountable. This second impeachment is nothing more than a witch-hunt against a former President who is now a private citizen.”

The seven GOP senators who joined with all Democrats in finding Trump guilty on the charge of inciting an insurrection were: Sens. Richard Burr of North Carolina, Bill Cassidy of Louisiana, Susan Collins of Maine, Lisa Murkowski of Alaska, Mitt Romney of Utah, Ben Sasse of Nebraska, and Pat Toomey of Pennsylvania. 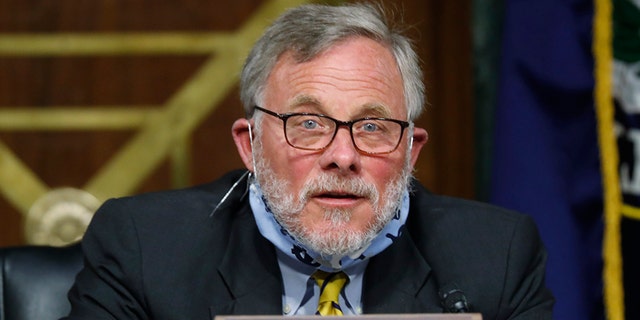 While some of the other Republican senators’ votes were expected, Burr’s came as a surprise. Burr has said he will not seek reelection in 2022.

“North Carolina Republicans sent Senator Burr to the United States Senate to uphold the Constitution and his vote today to convict in a trial that he declared unconstitutional is shocking and disappointing,” NCGOP Chairman Michael Whatley said in a statement.

Burr had voted that the Trump impeachment trial was unconstitutional but later voted to convict Trump.

“When this process started, I believed that it was unconstitutional to impeach a president who was no longer in office. I still believe that to be the case. However, the Senate is an institution based on precedent, and given that the majority in the Senate voted to proceed with this trial, the question of constitutionality is now established precedent,” Burr said in a statement on Saturday.

GRAHAM BACKS LARA TRUMP FOR SENATE IN NC, AS WALKER HITS BACK

“I have listened to the arguments presented by both sides and considered the facts. The facts are clear. … The evidence is compelling that President Trump is guilty of inciting an insurrection against a coequal branch of government and that the charge rises to the level of high Crimes and Misdemeanors. Therefore, I have voted to convict,” he continued.

Burr is not alone in facing backlash. The Louisiana GOP said Saturday that it unanimously voted to censure Cassidy because of his vote. The state Republican central committee is expected to consider at least eight separate resolutions to censure him when it meets next month.

Fox News’ inquiry to Burr’s office was not immediately returned.