Nigel Farage has thrashed Boris Johnson’s pub passport suggestion that would give landlords the option to demand a jab certificate from customers before providing service. In a tirade on talkRADIO, the former Reform UK leader branded the plans a “dystopian nightmare” and noted “how unenforceable” the proposal would effectively be. Mr Farage went on to furiously say “it’s the kind of thing we as a country never ever thought we would do.”

The furious Brexiteer and regular pub-goer asked: “What happens if I go to the pub with my son but because he’s only 30 has not yet been vaccinated? Do we have to show our dates of birth?”

“What does this do to struggling landlords who’ve been through hell over the course of the last year?

“What does this mean to our fundamental freedoms as people!” 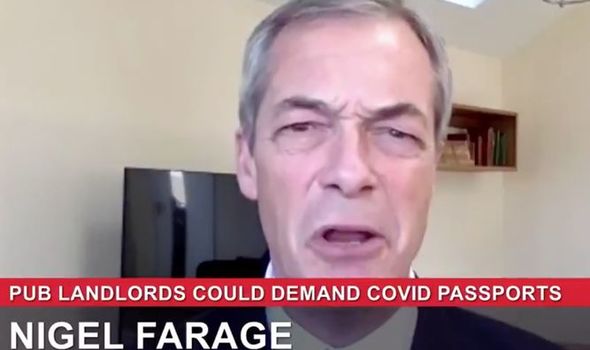 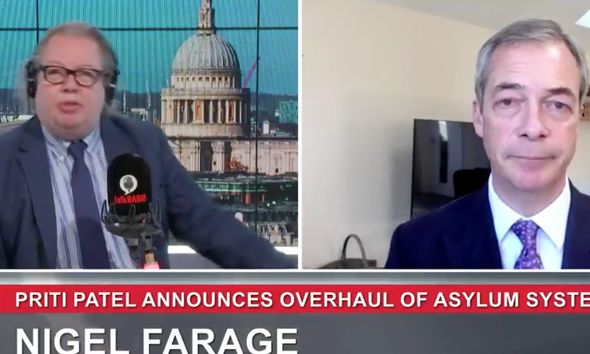 He added: “This is a sort of dystopian nightmare.”

The former Reform UK leader went on to say Boris Johnson’s suggestions are “the kind of thing we as a country never ever thought we would do.”

He added: “Boris Johnson, who they say is this libertarian conservative and yet he, Hancock, Gove and all the others almost want to put in place this big brother state.

“It is absolutely horrendous.”

READ MORE: How to get a vaccine passport? Rules for pubs, restaurants and holidays

Vaccine passports in pubs 'not going to work' says Schofield 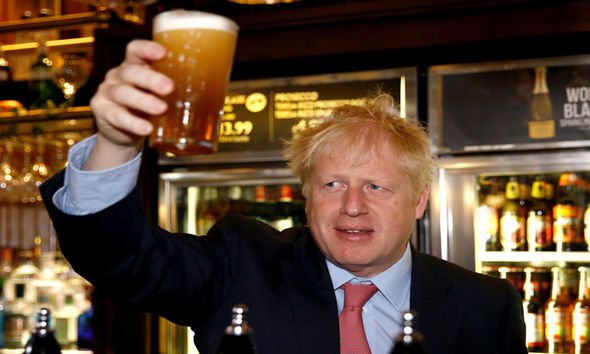 Boris Johnson on Wednesday told the Commons’ Liaison Committee it may be left up to pub landlords as to whether they ask punters to show proof they have been vaccinated.

But trade body UK Hospitality labelled the prospect “simply unworkable” and said it could spark conflict between staff and customers.

Charles & Camilla attacked: ‘Another example of one rule for royalty’
Labour is tiresome censorious whine of urban elite says LEO McINSTRY
Number of Covid patients in hospital to be halved next month 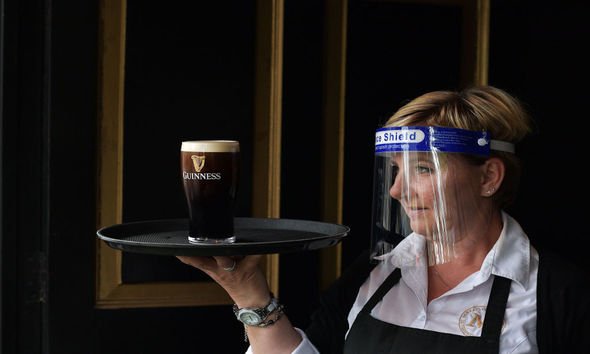 Kate Nicholls, chief executive of UK Hospitality, said: “It’s crucial that visiting the pub and other parts of hospitality should not be subject to mandatory vaccination certification.

And Tory MP Steve Baker warned it could create a “two-tier Britain” for those who are unable to take up the vaccine for medical reasons.

Baker said: “The Prime Minister began to tread a dangerous path when he opened the door to domestic Covid certificates.

“We must not fall into this ghastly trap.”