The loss of one of its safest seats will send shockwaves through the Conservative party.

A majority of almost 23,000 was blown away by the ire of North Shropshire voters. A swing of 34.2% from Conservative to Lib Dem is the second largest since the war, bettered only by Christchurch in 1993.

Helen Morgan finished in third place at the last general election; she now has a majority of almost 6,000.

Despite the lower turnout overall, a drop of almost 22 percentage points, she more than trebled her personal vote.

With so many North Shropshire voters switching allegiance, it is inescapable that a loss of trust in the government and its prime minister largely explains this result.

Conservatives with long memories will be thinking of how quickly the wheels fell off John Major’s government after his surprise general election victory in 1992. The slide in the opinion polls began when the party lost and never recovered its reputation for sound economic management. The parallels with now are plain to see.

Then, as perhaps now, it was the Liberal Democrats inflicting serious electoral damage on the Tories.

By-election losses began with Newbury in May 1993, Christchurch two months later followed by two more in Eastleigh and Littleborough & Saddleworth.

When Labour took Dudley West just months after Mr Blair became leader it did so with the party’s largest swing against the Conservatives – a whopping 29%.

More modest reverses were enough for Labour wins in subsequent by-election contests in the constituencies of South East Staffordshire and Wirral South.

The 1997 general election that followed brought massive losses of Conservative seats, including former Cabinet ministers, a big boost for Paddy Ashdown’s Liberal Democrats and ushered in 13 years of Blair/Brown administrations.

It takes a leap of imagination, however, currently to cast Sir Keir Starmer and his shadow cabinet colleagues as successors to Mr Blair’s government in waiting.

Given the party’s dismal performance at the last general election, it faces a huge task in winning a Commons majority. 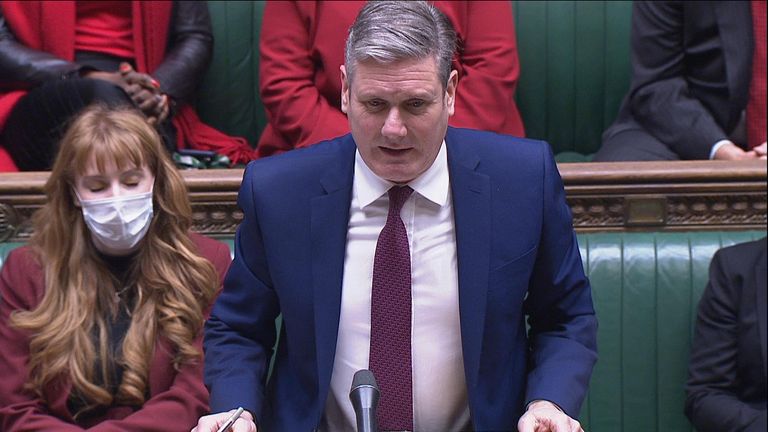 The swing to Blair in 1997 was 10.2%, which remains a post-war record. Sir Keir needs a larger swing of 12% to win a parliamentary majority on the current boundaries.

The only crumb of comfort that Conservatives might take from the drubbing in North Shropshire is Labour’s own poor showing in a constituency where it finished second in 2019.

Its vote was squeezed mercilessly by the much smarter Liberal Democrat campaign.

It is now 3,319 days since Labour gained a parliamentary by-election seat from the Conservatives.

If a party that currently leads in the national opinion polls continues to campaign for real votes as miserably as this then comparisons with Labour’s success in 1997 is misplaced.