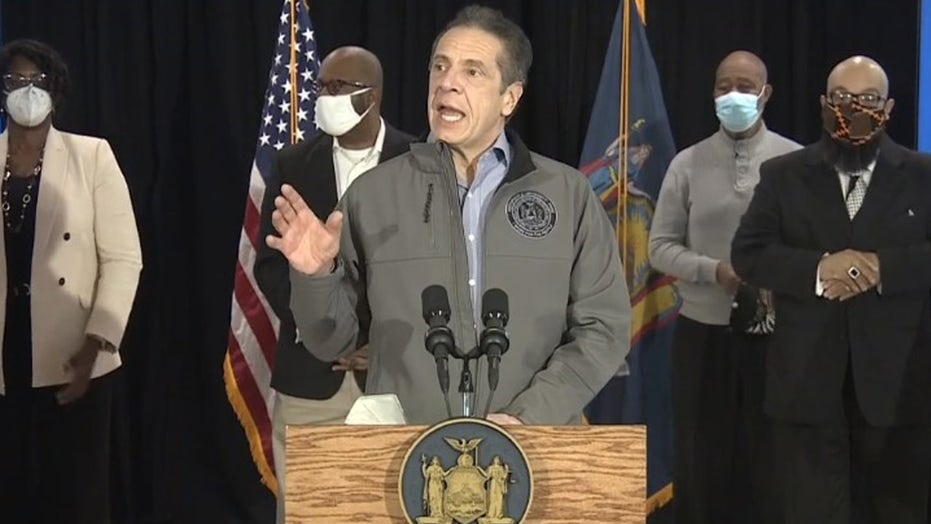 New York lawmakers on Tuesday demanded Gov. Andrew Cuomo turn over documents he used and all correspondence relating to the book he wrote on handling the Covid-19 pandemic.

Assemblymember Ron Kim (D) and other lawmakers cited connections between the announcement of the book, American Crisis: Leadership Lessons From the COVID-19, and the altering of nursing home data to undercount Covid-19 deaths.

The lawmakers wrote in a letter that the report that failed to count Covid-19 deaths in hospitals among nursing home residents in a July report, and Cuomo’s book was announced one month later in August.

“The book contract and payout structure is critical to fully understanding the governor’s motivation in deflating nursing home data. We now know that the timeline and facts leading up to the book deal announcement coincide with the administration ordering health officials to commit fraud,” Kim said in a statement.

“By altering the data, the governor could claim a successful response to COVID-19 and ensure, through greater books sales, concrete financial and political gain.  It is incumbent on the administration to make public the terms of his book deal so that New Yorkers can eliminate the worst possible interpretation for his alteration of nursing home data,” he continued.

The Cuomo administration has repeatedly said it did not include the deaths in hospitals in the July nursing home death count because those numbers could not be verified. At the same time, Cuomo has said his March 25 directive requiring nursing homes to take in Covid-positive patients did not contribute to the death count.

The lawmakers cite the Public Officers Law, which “explicitly prohibits the solicitation of gifts, or otherwise opportunities for personal financial gain, at the expense of influencing or obstructing government operations against the general welfare of the people of this state.”

The assembly member and his colleagues struck a parallel between Cuomo’s book deal and former President Trump’s tax returns. “At the national level, we know all too well of former President Donald J. Trump’s improprieties with respect to his tax returns, and procuring those documents was crucial in establishing his influences in decision-making as the commander-in-chief,” they wrote.

Cuomo declined to say how much he was paid for the book, saying in August, “You’ll see it on my financial disclosure,” which is due May 15. But industry sources told Vanity Fair he mostly likely raked in a number that was at least “low to mid seven figures.”