Psaki says Biden admin will 'judge the Taliban by their actions' 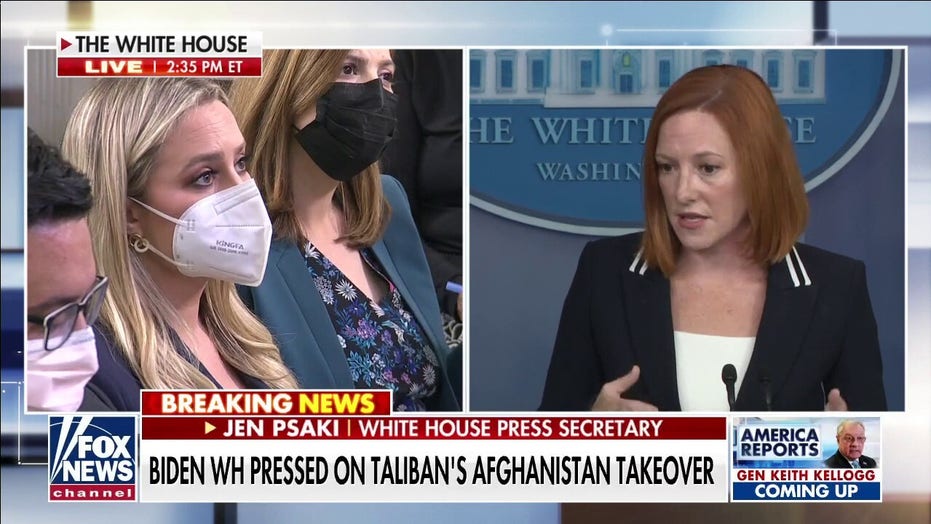 Psaki: No one is saying that the Taliban are good actors

White House press secretary Jen Psaki said Thursday that the U.S. will “judge the Taliban by their actions” amid reports militants are carrying out violent reprisals in Afghanistan since they took over the country less than three weeks ago.

During her daily press briefing, Psaki was asked about a BBC report this week citing sources in Afghanistan who say the Taliban is carrying out mass killings of former Afghan officials and soldiers, despite repeatedly promising widespread amnesty while U.S. troops still remained in Kabul. The last of those troops left Monday.

“Is it possible that our reliance on the Taliban to keep their word in terms of our evacuation is misplaced?” Fox News reporter Jacqui Heinrich asked Psaki.

Psaki responded by saying she could not confirm the BBC’s report, but that no one in the U.S. government believes the Taliban are “good actors.”

“No one is saying from the federal government – no one, the president, secretary of defense, no one in the intelligence community – that the Taliban are good actors,” she said. “We are not saying that. That is one of the reasons we are being so clear that we are not rushing to recognition. We will be watching clearly. We have a range of leverage at our disposal, including access to the global marketplace. And of course, we will be assessing.

“It’s of course based on how they treat individuals in the country, how they treat women, whether they let people who want to leave the country leave – all of those are factors we will be assessing,” she added.

Psaki also said the U.S. is not considering the easing of sanctions on the Taliban and that it is working with the international community to provide humanitarian aid to the Afghan people, which would go through outside organizations, not the Taliban.

“We’ve not reduced sanctions, pressure on Taliban leaders or the significant restrictions on their access to the international financial system,” she said. “We are going to judge the Taliban by their actions and we will stay in close coordination with the international community on any steps that we take moving forward.”