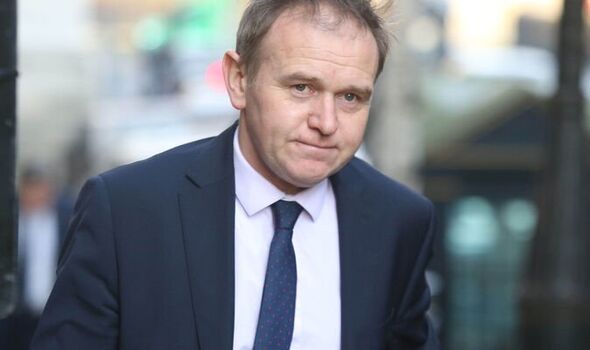 Ministers said the economic squeeze means there is a need for pay restraint. The RMT union says strikes may begin in weeks unless drivers win 11 percent rises on a typical £59,000 salary, after its members voted in favour of national strikes. Leaders said that some rail workers have had their pay frozen for three years.

He told Times Radio: “When it comes to the public sector right from MPs, right through to doctors and nurses, there are independent pay review panels.

“They will make their recommendations and obviously we look very closely at that.” He added: “But it is going to be quite important to try and show restraint.”

Any walkout by Network Rail signallers would have a significant impact nationwide. Trains might only run for part of the day, such as from 7am to 7pm – and just on main lines. Services could also be reduced to around a fifth of the normal weekday timetable.

Civil servants are considering a pay walkout that would affect airports, courts and tax offices.