Republican lawmaker touts infrastructure law that he voted against

Rep. Gary Palmer, R-Ala., was among the majority of Republicans who voted against the bipartisan infrastructure bill, but now he appears to be celebrating the benefits that the newly signed legislation is bestowing on his home state.

In a statement posted to his website on Monday, Palmer celebrated the passing of legislation that he had co-introduced that provides funding to complete the Northern Beltline. He pointed out that the infrastructure bill took the provision from the Finish the Appalachian Development Highway System Act.

“Funding the Northern Beltline has consistently been one of my top priorities,” Palmer said in his statement. “Birmingham is currently one of the largest metropolitan areas in the country without a complete beltline around it. Completing the Northern Beltline will benefit the entire region and enhance economic development and employment opportunities.” 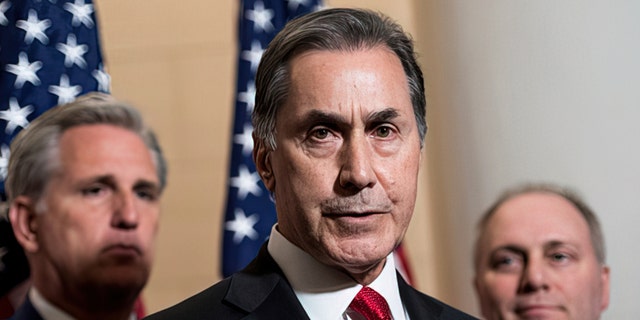 The congressman went on to note how the legislation “has the potential to create 14,000 jobs” and that “[t]his is the opportunity we have been working for as a region and a state.”

House Democrats were quick to comment on Palmer’s position in light of his vote.

“You mean the funding you voted against? That funding?” Rep. Eric Swalwell, D-Calif., tweeted after Palmer had posted about it.

“But how did you vote?” Sen. Brian Schatz, D-Hawaii, asked, retweeting Palmer’s post.

Palmer’s communications director Elizabeth Hance told Fox News that the congressman’s initial response to the infrastructure bill “noted his opposition to the bill as a whole,” even if this particular provision – which he authored – was a positive.

“The bill was full of problems, including items not related to traditional infrastructure. The overall bill will increase energy costs, drive up the debt, and pave the way for more wasteful spending,” Hance said. “He said in the initial release that the Northern Beltline was a positive measure, even though he opposed the overall legislation. Had they brought the bill he authored to the floor as a stand-alone piece of legislation, or even a package that was truly paid-for infrastructure, he would have supported the overall bill. They did not.”