Home » Politics » Republicans splinter over whether to make a full break from Trump. 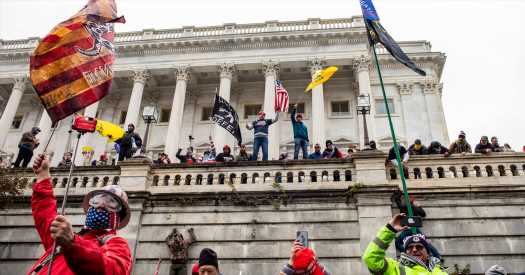 Republicans splinter over whether to make a full break from Trump.

President Trump not only inspired a mob to storm the Capitol on Wednesday — he also brought the Republican Party close to a breaking point.

Having lost the presidency, the House and now the Senate on Mr. Trump’s watch, Republicans are so deeply divided that many are insisting that they must fully break from the president to rebound.

Those divisions were in especially sharp relief this week when scores of House Republicans sided with Mr. Trump in voting to block certification of the election — in a tally taken after the mob rampaged through the Capitol.

Republicans who spent years putting off a reckoning with Mr. Trump over his dangerous behavior are now confronting a disturbing prospect: that Wednesday’s episode of violence, incited by Mr. Trump’s remarks, could linger for decades as a stain on the party — much as the Watergate break-in and the Great Depression shadowed earlier generations of Republicans.

“His conduct over the last eight weeks has been injurious to the country and incredibly harmful to the party,” said Chris Christie, the former governor of New Jersey who was the first major Republican to endorse Mr. Trump.

Mr. Christie said Republicans must “separate message from messenger,” because “I don’t think the messenger can recover from yesterday.”