Home » Politics » School reopenings a struggle for Democratic states, while Florida's have been open for months

School reopenings a struggle for Democratic states, while Florida's have been open for months 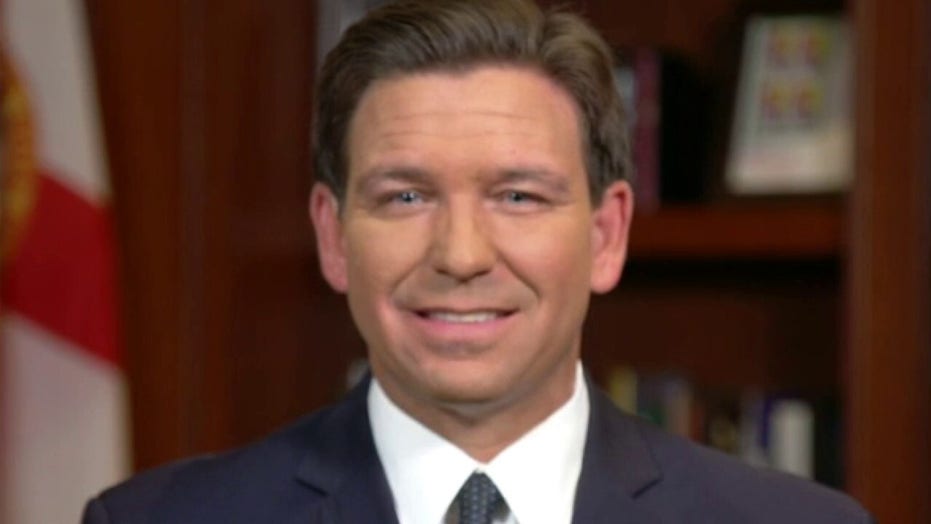 DeSantis: Florida made right decisions at outset of COVID pandemic

Florida governor tells ‘The Ingraham Angle’ hundreds, if not thousands, of elderly residents were spared

As a number of blue states and the Biden administration grapple with what they describe as a challenge to reopen schools, Florida has had its schools open for months — and its governor is promising that there will be no backtracking.

Florida was one of a number of states that kept schools open in the fall, even as some blue states and cities — under heavy pressure from powerful teachers unions — failed to give their public schoolchildren in-person education.

Studies have shown schools to be of limited risk of COVID spread, particularly when precautions are followed, and countries across the globe — including in Europe — opened schools with limited issues in the fall, although some, like the U.K., have seen some closures amid intense outbreaks.

But in cities across America, teachers unions made a number of demands for them to return to work — from universal masking to 6-feet of social distancing to entire reworks and upgrades of ventilation systems and, more recently, teacher vaccinations.

Some of those areas, such as New York City, have managed to meet some of the demands and coax schools to reopen in a hybrid capacity — where kids will often get two or three days of learning in a school building, although even that effort has been dogged by closures due to rules regarding COVID cases.

Meanwhile, San Franciso is suing the school district after it refused to reopen. Chicago has come to an agreement for reopening with schools after 10 months of mostly indoor learning — with a furious Mayor Lori Lightfoot declaring recently that the teachers union wants to “take over running the city government.”

Meanwhile, the New York Times reported this week on how Oregon had taken a swath of concessions — including offering districts to pay for masks, testing and improved ventilation, as well as prioritizing teachers for vaccination.

That was part of an effort to open schools this month, but the Times reported that 80% are still in remote learning, and two of the largest districts do not plan on opening until April — and then only for younger students. 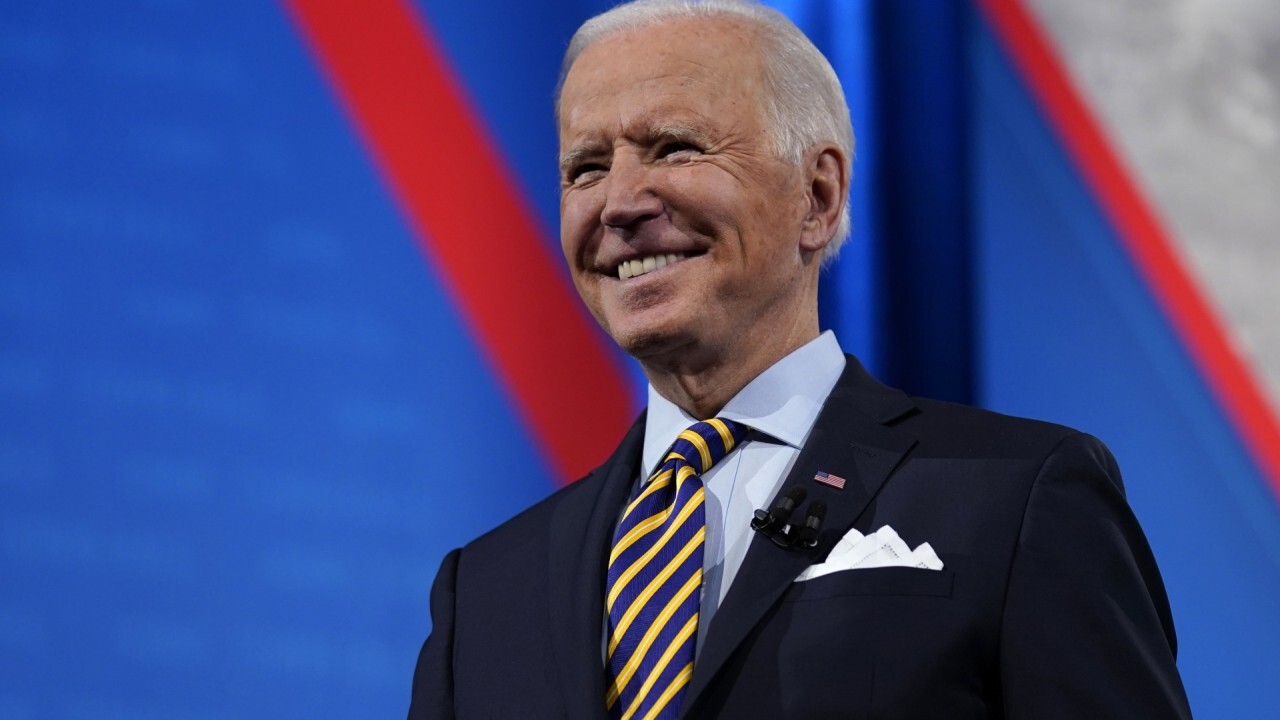 Even when kids go to school, they may not always receive in-person learning. The Washington Post reported recently on how school officials in Maryland and Virginia have hired “classroom monitors” who supervise classes as students watch their teacher on a laptop in a different location.

Some blue states have had success in keeping schools open, such as Rhode Island, where Gov. Gina Raimondo battled to keep schools open as detailed in a recent Times deep dive.

Another qualm is over the definition of “opening.” To most parents, an “open” school is one where their children go to school each day. Not so to many Democratic politicians, union members and administration officials — where just a few days a week can be counted as “open.”

White House Press Secretary Jen Psaki said last week that the goal to reopen schools at the end of 100 days was to have more than 50% of schools open at least one day per week — a remark that brought significant criticism for its low bar. President Biden later distanced himself from this but did not say what his own definition of an “open” school was.

Vice President Kamala Harris on Wednesday said the goal was “as many K-8 schools as possible will reopen within the first 100 days.”

“Our goal is it will be five days a week,” she added.

But the task of reopening schools has been made more complicated by recent guidance announced last week by the Centers for Disease Control (CDC.) That guidance included a 6-feet social distancing requirement, which makes full in-person learning for all children difficult or impossible in many schools.

Additionally, its guidance includes color-coded community zones based on cases. But, according to  event information website Burbio, more than nine out of 10 U.S. K-12 students are living in COVID-19 “red zones.” 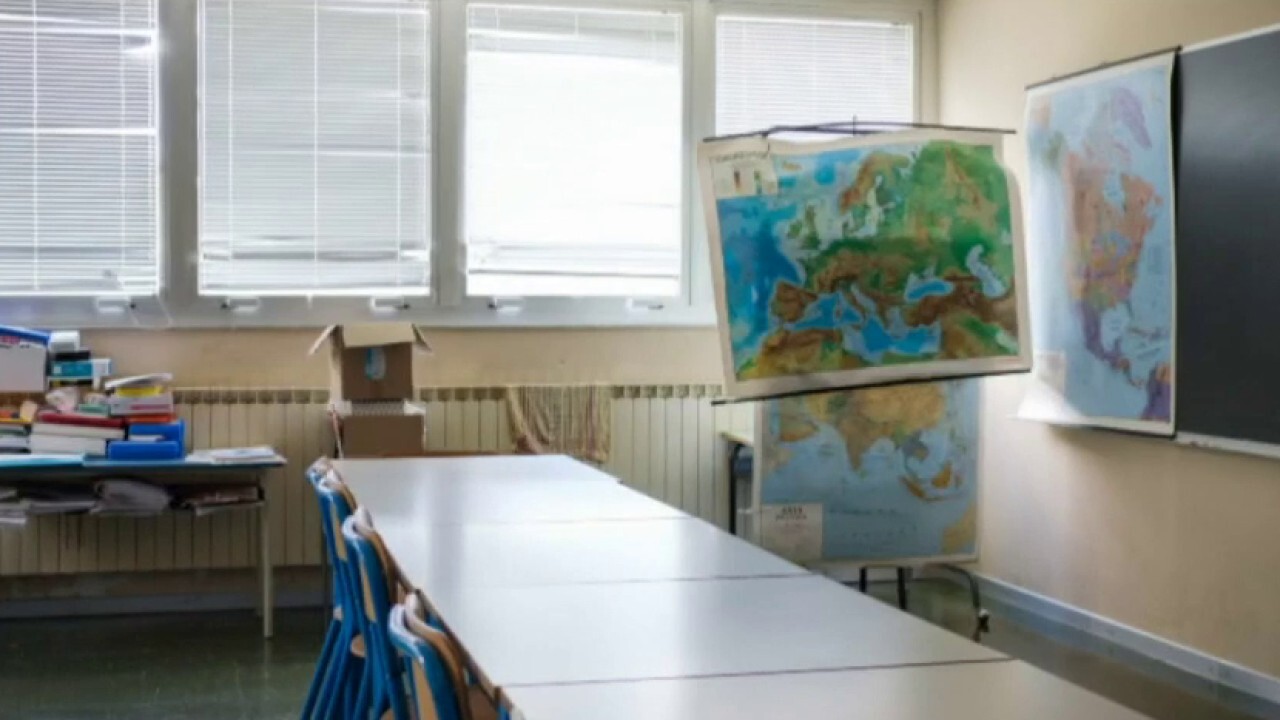 Critics have blasted the guidance and warned that following it would mean school closures and no full-time school even as late as the fall.

New York Post columnist Karol Markowicz accused the CDC of sitting down with unions and creating “a road map to open schools that looks more like the map an evil witch would leave misbehaving children so she could eat them behind the gingerbread house.”

“The map would lead to a part-time school model, at best, and is clearly ­designed by special interests, not scientists or doctors,” she wrote.

In Florida, officials have dismissed the guidance and promised that there won’t be school closures in a state where schools have largely stayed open, except for some limited closures. DeSantis called the CDC guidance a “disgrace.”

“It would require, if you actually followed that, closing 90% of schools in the United States,” he said. “We have been open. They will remain open. And we are not turning back.”

About 65% of Florida’s public school students are learning in person, according to the Florida Department of Education. Schools have been allowed to give parents the option of remote learning as long as they also provided face-to-face classes.

In November, Florida Education Commissioner Richard Corcoran extended a July order to require all districts to keep schools open five days a week in the spring semester. He recently described the CDC guidance as “informative” but told schools to “stay the course they began in Summer 2020.”

“The science has been clear since August, and subsequent studies and data since then show that schools are safe to reopen,” he said.

“Unlike much of the nation, Florida’s schools have been operating safely for in-person instruction since last August, many also operated summer education programs, and 98.5% of early learning programs are serving families in-person,” he said. “Most of Florida’s state colleges and technical colleges never fully stopped in-person instruction because of the essential pipeline they supply for Florida’s recovery-related workforce professions.”

DeSantis, in his statement, pointed to data showing that 33 states have more child COVID cases per capita than Florida and rejected claims that enormous spending or complex reopening plans are needed to get schools open.

“The school reopening plan that makes the most sense if you want to open schools, open them, open the door, let them come in and let them learn,” he said.