Home » Sen. Marco Rubio: Operation Warp Speed's success – this is the lesson we must learn as we work for common good

Sen. Marco Rubio: Operation Warp Speed's success – this is the lesson we must learn as we work for common good

One year ago, the Trump administration announced a plan to develop, manufacture and distribute a safe and effective coronavirus vaccine in record time. With a timetable as ambitious as its scope, Operation Warp Speed aimed to ignite the great engine of American industry to end the pandemic.

Today, the results speak for themselves. Pharmaceutical manufacturers were able to develop multiple vaccines in a matter of months. More than half of American adults have now had at least one coronavirus vaccine. Cases, hospitalizations and deaths in most states continue to decline. Facing large stockpiles, America has begun sending vaccines abroad to our neighbors.

This success means that Operation Warp Speed will serve as a blueprint for American leaders to follow going forward. Operation Warp Speed enlisted the ingenuity and efficiency of American free enterprise in advancing the common good during a time of crisis. The result is the most effective weapon against the COVID-19 pandemic that the world has seen.

The program’s resounding victory will be remembered as one of the great chapters in American history. Yet, when it was first announced, many said President Trump’s goals were impossible.

Outlets like the New York Times and The Hill cast doubt on the timetable the administration presented, while others like CNN suggested that the program’s expedited pace could “come at the expense of safety.” Unwilling to give President Trump credit, they will ignore Operation Warp Speed even as they applaud the Biden administration’s vaccination efforts.

Just how did the Trump administration pull it off, then?

The fact is Operation Warp Speed represents a long-running tradition in our politics – the active partnership between government and private business for the common good of our nation, often referred to as “industrial policy.”

Before Operation Warp Speed, it was the Apollo program. Before Apollo, it was Ford Motor Co.’s and General Motors’ materiel production during World War II. The chain extends back to Henry Clay and even before to founding father Alexander Hamilton, who called for building up American industries through federal subsidies and tariffs.

Operation Warp Speed itself wouldn’t have been possible without the foundation built by past successes of American industrial policy. For example, past projects through the Pentagon’s Defense Research Advanced Projects Agency (DARPA) laid the groundwork for the safe and effective vaccines. Private capital markets didn’t consider DNA and RNA vaccines worth significant investment. But DARPA recognized their potential utility and stepped in to provide federal funding for research and development to two private sector businesses, Moderna and Inovio Pharmaceuticals Inc.

Now, Americans benefit from the fruits of their efforts in the form of every Moderna or Pfizer coronavirus vaccine. 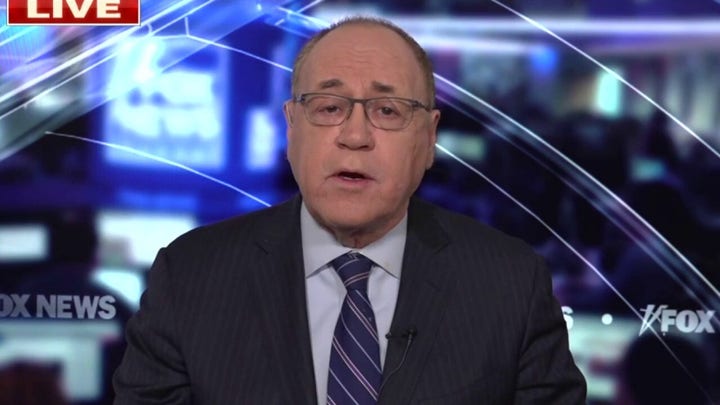 Operation Warp Speed was a historic success. But thinking of industrial policy as an emergency switch to pull during crises is the wrong lesson to take from it. Instead, it is a reminder of the necessity of maintaining the American tradition of government and businesses working together for the common good.

In the COVID-19 pandemic, the common good achievable through this partnership was the mass production and availability of safe and effective vaccines. In the rest of the 21st century, the common good must include the provision of dignified work in America, and the strength of our national defense.

Policymakers should work toward achieving these goods by establishing new ways for government and industry to collaborate. For example, legislation like my Medical Manufacturing, Economic Development, and Sustainability Act would create incentives to reshore medical supply chains to economically distressed zones, including Puerto Rico. Similarly, my American Innovation and Manufacturing Act would have the Small Business Administration underwrite the equity investment of private investors in small manufacturers.

In both cases, industrial policy would mean a stronger nation. We would be better prepared for the next crisis or when hostile foreign adversaries try to gain leverage over us, and create more good American jobs in the process.

As we continue to compete with the Chinese Communist Party – which wants to dominate advanced manufacturing sectors and supplant American leadership over the coming years – we desperately will need a targeted approach, which will direct our world-renowned market efficiency toward the national interest.

Operation Warp Speed represents a triumph of American leadership and common-good capitalism, as well as an important example of successful industrial policy in America. If our nation is to create dignified new work and beat China in the great competition to win the 21st century, the Trump administration provided the broad, ambitious outline that those of us in political leadership must follow going forward.