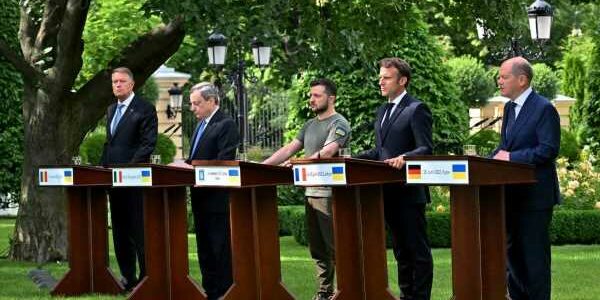 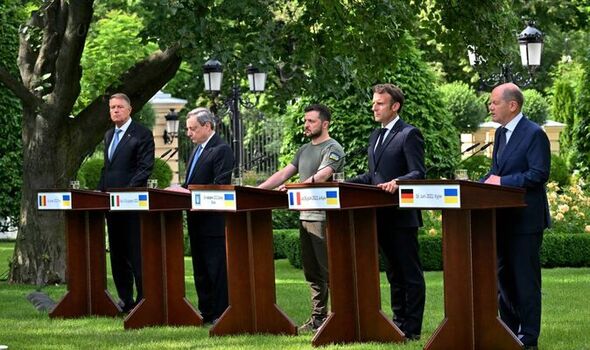 Among the topics of discussion was the supply of weapons and the nation’s hopes of joining the European Union, it is believed.

President Macron said “France has been alongside Ukraine since day one,” adding that Ukraine “must resist and win.”

He said: “It’s an important moment. It’s a message of unity we’re sending to the Ukrainians. We are at a point when we need to send clear political signals, us Europeans, towards Ukraine and its people when it is resisting heroically.”

The visit by the European leaders is understood to have taken weeks to organise, with the three men looking to overcome criticism within Ukraine over their response to the war so far.

Ukraine had targeted France, Germany and Italy for alleged foot-dragging in their support, accusing them of being slow to deliver weapons and of putting their own economies ahead of Ukraine’s security.

The visit came a day before the European Commission is set to make a recommendation on Ukraine as a candidate for EU membership. The country applied four days after the February invasion.