Attorneys for Rep. Eric Swalwell hired a private investigator to look for Rep. Mo Brooks, R-Ala., to serve him with the California Democrat’s lawsuit, but have been unable to locate him despite spending “many hours over many days” on the hunt, according to a new court filing.

Swalwell’s attorneys this week successfully asked a federal judge for more time to officially serve Brooks with the lawsuit papers given the ongoing difficulties they’ve had in contacting him. Swalwell filed suit in March against Brooks, former President Donald Trump, his son Donald Trump Jr. and his lawyer Rudy Giuliani accusing them of inciting the Jan. 6 riot and demanding they be held financially responsible for the suffering that followed.

Unlike the Trumps and Giuliani who have waived formal service of the lawsuit, Swalwell’s team says Brooks has made it hard on them.

“Plaintiff had to engage the services of a private investigator to attempt to serve Brooks personally – a difficult feat under normal circumstances that has been complicated further in the wake of the January 6 insurrection at the Capitol that Defendants incited,” Swalwell’s lawyers wrote in a Wednesday court filing that cited the lack of access to the Capitol grounds due to heightened security. 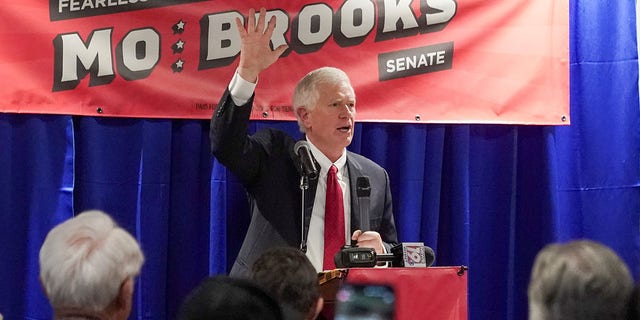 The private investigator “has spent many hours over many days in April and May at locations in multiple jurisdictions attempting to locate and serve Brooks, to no avail,” the lawyers wrote.

A spokesperson for Brooks did not immediately respond to Fox News’ request for comment.

But Brooks, a candidate for Alabama Senate, has previously called Swalwell’s lawsuit “meritless” and attacked the Democrat personally for his ties to an alleged Chinese spy.

“I make no apologies whatsoever for fighting for accurate and honest elections,” Brooks tweeted in March.