Home » Politics » The C.D.C. extends the national moratorium on evictions through July 31. 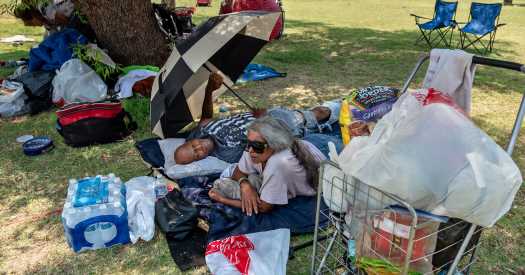 The C.D.C. extends the national moratorium on evictions through July 31.

The Centers for Disease Control and Prevention on Thursday approved a one-month extension of the national moratorium on evictions, scheduled to expire on June 30, but administration officials said this will be the final time they push back the deadline.

The moratorium, instituted by the C.D.C. last September to prevent a wave of evictions spurred by the economic downturn associated with the coronavirus pandemic, has significantly limited the economic damage to renters and sharply reduced eviction filings.

On Thursday, the C.D.C. director Dr. Rochelle P. Walensky signed the extension, which goes through July 31, after a week of internal debate at the White House, which has been under pressure from tenants rights groups pushing for a longer extension.

Congressional Democrats, local officials and tenant groups have been warning that the expiration of the moratorium at the end of the month, and the lapsing of similar state and local measures, might touch off a new eviction crisis.

The step is one of a series of actions that the administration plans to take in the next several weeks, involving several federal agencies, officials said.

Other initiatives include a summit on housing affordability and evictions, to be held at the White House later this month; stepped-up coordination with local officials and legal aid organizations to minimize evictions after July 31; and new guidance from the Treasury Department meant to streamline the sluggish disbursement of the $21.5 billion in emergency aid included in the pandemic relief bill in the spring.

White House officials, requesting anonymity because they were not authorized to discuss the issue publicly, said that the one-month extension, while influenced by concerns over a new wave of evictions, was prompted by the lag in vaccination rates in some parts of the country and by other factors that have extended the coronavirus crisis.

Forty-four House Democrats wrote to Ms. Walensky, on Tuesday, urging them to put off allowing evictions to resume. “By extending the moratorium and incorporating these critical improvements to protect vulnerable renters, we can work to curtail the eviction crisis disproportionately impacting our communities of color,” the lawmakers wrote.

Many local officials have also pressed to extend the freeze as long as possible and are bracing for a rise in evictions when the federal moratorium and similar state and city orders expire over the summer.

Still, groups representing private landlords maintain that the health crisis that justified the freeze has ended and that continuing the freeze even for an extra four weeks would be an unwarranted government intrusion in the housing market.