Home » Politics » ‘They will use any means to attack UK!’ Fury as EU wades into Elgin Marbles row

‘They will use any means to attack UK!’ Fury as EU wades into Elgin Marbles row

Elgin Marbles: Greece wants to be 'reunited’ says expert in 2019

Mr Schinas, who is Greek, Tweeted: “The marbles belong in the Parthenon. In these difficult times, universal cultural heritage should uplift humanity, not divide it.” It followed Boris Johnson pledging that the famous marbles which were saved from destruction by Lord Elgin between 1801 and 1812, would remain in the British Museum in London. “I understand the strong feelings of the Greek people – and indeed prime minister [Kyriakos] Mitsotakis – on the issue,” he told the Greek newspaper Ta Nea.

“But the UK government has a firm longstanding position on the sculptures, which is that they were legally acquired by Lord Elgin under the appropriate laws of the time and have been legally owned by the British Museum’s trustees since their acquisition.”

Since Britain finally completed Brexit on January 1, the EU has been waging a war of attrition in an apparent attempt to punish the UK.

Among the aggressive policies pursued by Ursula von der Leyen’s commission have been a bid to blockade the UK and stop vaccines coming in which the British government had bought to save lives. 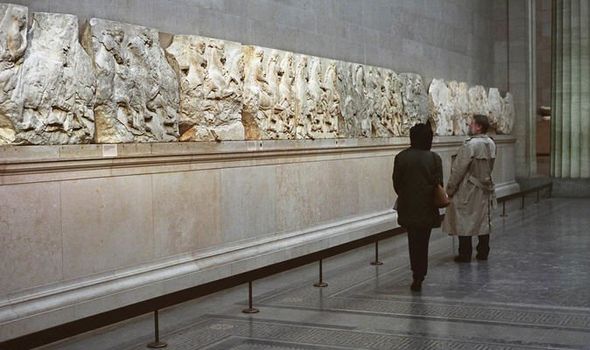 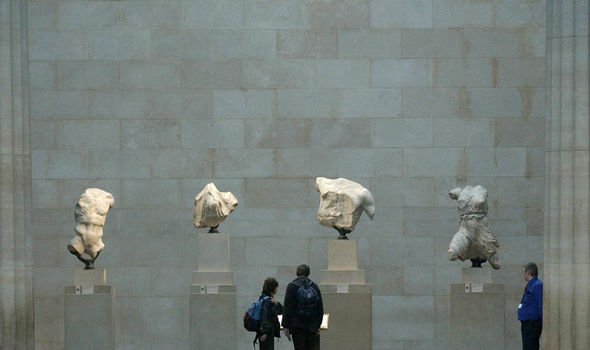 The EU was forced to step back from creating a hard border on the island of Ireland over the vaccine issue and later another commissioner had to apologise for falsely claiming that Britain had blocked vaccines coming to Europe.

Meanwhile, the EU has started a trade war by stopping imports of British shellfish and other animal products with the UK now looking at banning EU bottled water and other products in retaliation.

Leading Brexiter Tory MP Andrew Bridgen said: “Our relationship with the EU is turning into a Greek tragedy. The marbles wouldn’t exist any more if this country hadn’t saved them.

“This row demonstrates the depths our relationship with the EU has sunk. They will use any means to attack and diminish the UK.”