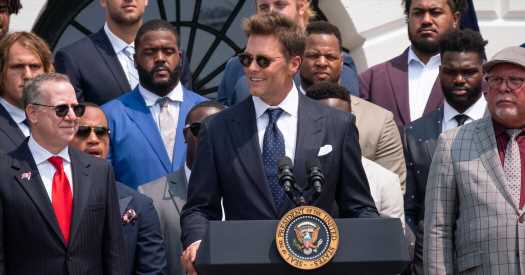 President Biden’s administration has revived a tradition of championship invitations that had grown sporadic under former President Donald J. Trump. 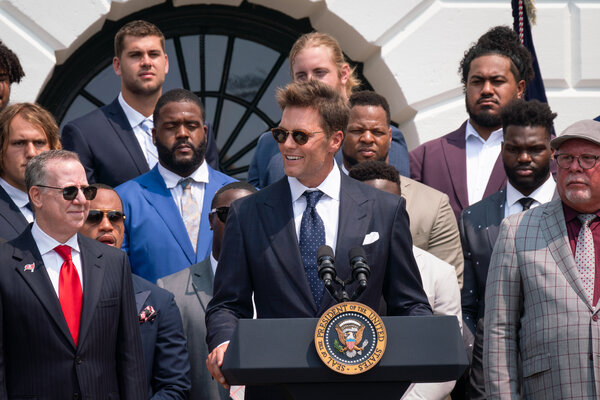 WASHINGTON — Until a few hours before kickoff, Tom Brady was questionable for the Tampa Bay Buccaneers’ celebration of their Super Bowl title at the White House. He was the most prolific winner of titles and decliner of presidential invitations in league history.

But when the band struck up and President Biden strode onto the South Lawn to meet the championship team, Mr. Brady, the quarterback and seven-time N.F.L. champion, was there, smiling in a dark suit and sunglasses, leading a small procession including his coach, his team’s owner and the commander in chief himself.

A few minutes later he was back in the spotlight, tossing off political jokes like slant routes, mostly targeting Mr. Biden’s predecessor, Donald J. Trump, a longtime friend of Mr. Brady’s.

Mr. Brady first needled Mr. Trump’s baseless claims that he actually won the 2020 presidential election, which many Trump supporters still believe. The quarterback said many people did not believe the Buccaneers could win the championship last year.

“I think about 40 percent of the people still don’t think we won,” Mr. Brady said.

“I understand that,” Mr. Biden said.