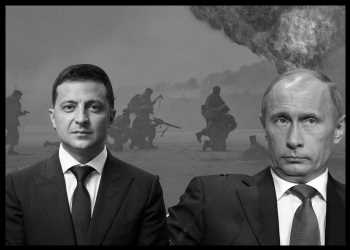 Truce To Evacuate Civilians; Russia Threatens To Cut Off Gas To Europe

Russia’s Sputnik News quoted Major General Igor Konashenkov as saying that a ceasefire is introduced Tuesday from 10 AM local time, and humanitarian corridors from Kiev, Chernigov, Sumy, Kharkov and Mariupol are opened.

Ukrainian authorities confirmed that evacuation has started from Sumy in north-east Ukraine for the stranded people to travel to safer places in the country.

A truce agreed to by the two sides to allow the evacuation is expected to last till 9 PM Tuesday local time, reports say.

Russia warned that it will block its main natural gas pipeline to Germany and cut off supply to Europe if the West goes ahead with a potential ban on Russian oil. However, Germany and the Netherlands rejected the U.S.-led plan on Monday.

Hungarian Finance Minister Mihaly Varga said Hungary will not support the expansion of anti-Russian sanctions in the energy sector as this would threaten both the national currency and welfare of Hungarians.

“Whoever asks for the expansion of sanctions wants to make the Hungarian people pay the price of the war. The Hungarian government will not support such a move in any international fora,” he said on Facebook.

As Russia’s invasion of Ukraine entered 13th day, fears are mounting for civilians trapped in the besieged cities of Mariupol, Volnovakha and Kyiv.

Ukrainian Authorities say nine people, including two children, were killed in an air strike in Sumy on Monday.

Human Rights Watch accused Russia of breaking laws of war in Irpin, where its forces bombarded a route that hundreds of civilians were using to flee the shelling.

“But the responsibility for that rests also on those who were not capable to take a decision in the West for 13 days,” he added.

In a video of him speaking from the presidential office in Kyiv, Zelensky said he wasn’t hiding, and he wasn’t afraid.

UK Defense Secretary Ben Wallace told BBC that Russian troops have not progressed as they hoped and are now “getting more desperate” as its forces take heavy casualties in Ukraine.

Filippo Grandi, the head of the UN refugee agency (UNHCR), said on Tuesday that the number of refugees fleeing Ukraine has reached 2 million. It represents the fastest-growing refugee crisis in Europe since World War II.

The Polish Border Guard agency estimates that 1.2 million people have fled from Ukraine to the neighboring country since the war began on February 24.

According to Ukraine’s Foreign Ministry, about 12,000 members of “Russian occupying forces” have been killed in fighting so far.