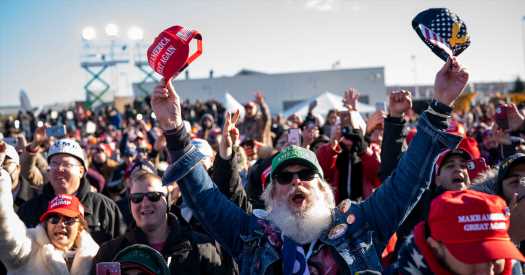 Former President Donald J. Trump lost ground with every age group in the 2020 election compared to his performance in 2016, but he had his “greatest erosion with white voters, particularly white men,” according to an analysis by one of his campaign pollsters.

The 27-page report, by the Trump pollster Tony Fabrizio, focused on what he called ten key target states. Five of them — Arizona, Georgia, Michigan, Pennsylvania, and Wisconsin — all flipped to President Biden after supporting Mr. Trump in 2016. Another five — Florida, Iowa, North Carolina, Ohio, and Texas — were held by Mr. Trump in both 2020 and 2016.

Mr. Trump’s handling of the coronavirus played a key role in why voters did not back him, Mr. Fabrizio found. The pollster and Mr. Trump’s former campaign manager, Brad Parscale, had urged Mr. Trump to take the virus more seriously earlier in 2020, and Mr. Fabrizio had pushed Mr. Trump to support some form of a national mask mandate. But Mr. Trump rejected the idea.

Mr. Fabrizio noted that Dr. Anthony S. Fauci, the infectious disease expert who Mr. Trump repeatedly attacked during the campaign, had a markedly higher job approval than Mr. Trump. Some 72 percent of voters who flipped their votes away from Mr. Trump supported the job that Dr. Fauci did on the coronavirus.

And very few late-breaking voters cast ballots for Mr. Trump. Most had settled on their candidate before October, the analysis found, meaning decisions made by the Trump campaign on how to allocate resources, including the president’s time, were of minor impact.

The analysis found that Mr. Trump gained support with Latino voters compared to 2016 while his support among Black voters was essentially unchanged.

It was not clear on Tuesday if Mr. Trump has read Mr. Fabrizio’s report.