“I haven’t spoken to him since,” Trump said, according to comments released from an interview taken by Israeli journalist Barak Ravid. “F–k him,” he added. 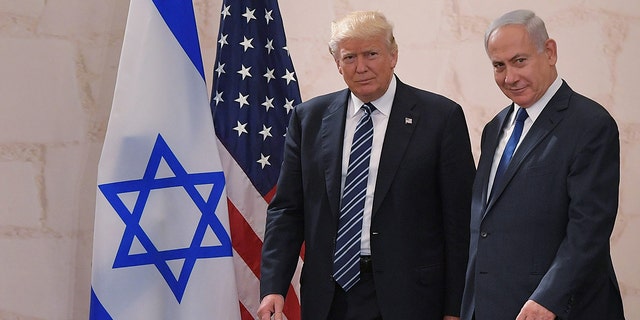 Trump accused Netanyahu of speaking up too quickly following what the former president has still yet to concede was a legitimate election.

“Nobody did more for Bibi. And I liked Bibi. I still like Bibi,” he said, referring to the former prime minister by his nickname. “But I also like loyalty. The first person to congratulate Biden was Bibi. And not only did he congratulate him, he did it on tape.”

Despite Trump’s condemnation of Netanyahu, the then-prime minister was not amongst one of the first world leaders to congratulate Biden for securing the presidential win.

Netanyahu waited roughly 12 hours after the election had been called to congratulate Biden on his election.

“Congratulations Joe Biden and Kamala Harris. Joe, we’ve had a long and warm personal relationship for nearly 40 years, and I know you as a great friend of Israel,” Netanyahu wrote on Twitter. “I look forward to working with both of you to further strengthen the special alliance between the US and Israel.”

He then posted a second Tweet thanking Trump for the “friendship” he showed Israel and him “personally” during his presidency.

But Trump apparently took issue with Netanyahu, who later referred to his relationship with Biden as a “warm personal friendship going back many decades” in a tweet posted on Inauguration Day.

“They didn’t have a friendship, because if they did, they wouldn’t have done the Iran deal,” Trump said. “And guess what, now they’re going to do it again. And if they do it again, Israel is in very grave danger.

Trump has not said whether he plans on making another bid for the presidency in 2024.