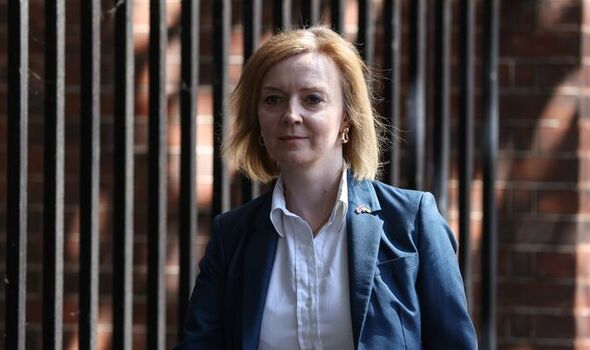 The Foreign Secretary urged a culture change yesterday as Boris Johnson said he was “shocked” at allegations concerning the unnamed MP. The MP, in his 50s, was held on suspicion of rape and sexual assault spanning a seven year period. Accusations also include abuse of trust and misconduct in public office.

He was released on police bail yesterday.

The arrest comes amid fresh Westminster sleaze scrutiny, after a string of cases.

“But I don’t think we can attribute that…I don’t think that’s an excuse for people to commit appalling crimes.

“Clearly this is a matter for the police…but it is worrying that we are seeing these appalling…accusations, again, about a parliamentarian.”

There have been calls for the MP, who has been told by Tory Chief Whip Chris Heaton-Harris to stay away from Westminster, to be suspended from his party.

A spokesman for Labour leader Sir Keir Starmer said “given the nature of the allegations”, the MP should have the whip removed – meaning that he would probably be identified.

Rita Dexter, a lay member of the Commons Standards Committee, tweeted: “It’s all very well to ask him to stay away, but what about the many constituency venues where that is not applicable?

“I am also a former deputy commissioner of London Fire Brigade. Without hesitation, I would have approved a suspension from work.”

The Prime Minister was “shocked to learn of these allegations”, his press secretary said.

When told about one in 10 sitting MPs currently faces an accusation of sexual misconduct, Education Secretary Nadhim Zahawi said yesterday: “It breaks my heart.

“It makes me feel determined that we need to collectively do much more to create an environment where this is just unacceptable.

This month, ex-Tory MP Imran Ahmad Khan quit the Commons after being convicted of sexually assaulting a boy. DavidWarburton had the Conservative whip withdrawn over claims of sexual harassment and cocaine use.

Tory Neil Parish stood down as an MP after admitting watching pornography in the Commons.