Truss lays bare lifeline to save economy after market turmoil

The Prime Minister has bluntly warned that only a relentless focus on delivery will save them from defeat at the next general election. 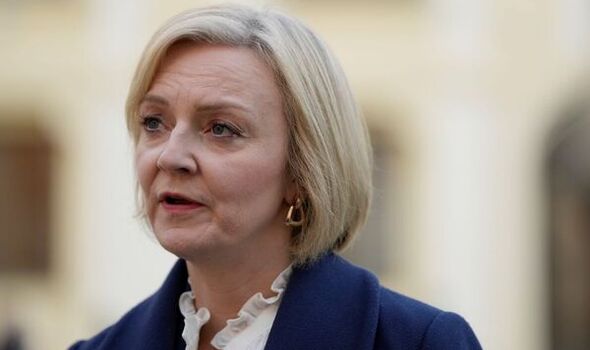 In a rallying call to downcast ministers she vowed to lead them on a strategy of “heads down and charge”.

She is convinced putting on a united front and working flat out to revive the economy is the path to victory.

Ms Truss issued her battle cry after days of market turmoil which has seen the Tories slump to their lowest poll rating in 20 years.

A Cabinet source said last night: “We can dig ourselves out of this hole – but it’s going to take a lot of effort and we must start now.

“When people see a shovel in the ground on new developments in their area they will know the change we have promised is real.

“The strategy the Prime Minister has prescribed is quite simple – heads down and charge.” Ms Truss fired the starting gun on a 12-month delivery blitz after returning from a shaky party conference in Birmingham last week.

In other developments yesterday, rebels were even fighting among themselves as:

● Tory MPs loyal to Boris Johnson drew up secret plans to parachute him back as PM if Ms Truss does not close the gap on Labour;

● Rebels plotting to replace Ms Truss with Rishi Sunak were warned they would end up with Boris Johnson back in Number 10;

● Number 10 embarked on a race against time to wipe all EU-era laws off the statute book before the next election;

● Ministers were ordered to find drastic savings to fund the dash for growth and satisfy Treasury watchdogs. 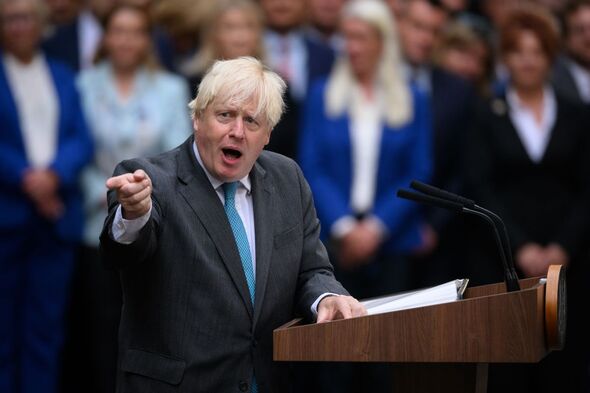 A handful of disgruntled Tories – many of them outcast former ministers – have secretly vowed to regroup to force a leadership coup if Ms Truss’s popularity does not improve by Christmas.

One ringleader said: “If things are still bad in a few months we might be forced to act. We learned during the John Major years the meaning of the phrase “no change, no chance”. Nobody listened then and it led to 13 years in opposition.”

But senior allies of Ms Truss warned that another change of leader would do nothing to rebuild an economy shattered by the pandemic and the war in Ukraine.

One Cabinet loyalist declared: “We’ve gone through four leaders since 2016 – that’s almost as bad as a relegation-haunted football team. It’s time we stopped behaving like losers, showed some team spirit and knuckled down to get the job done.”

Yesterday, the feud between Ms Truss and ex-minister Mr Gove deepened after he was accused of being behind a Tory conference revolt. Ms Truss met the former Levelling Up Secretary for a clear-the-air meeting before the rally and even held out the prospect of a government post.

But he then went on to lead a rebellion which forced her into a U-turn on plans to cut the 45p top rate of income tax. 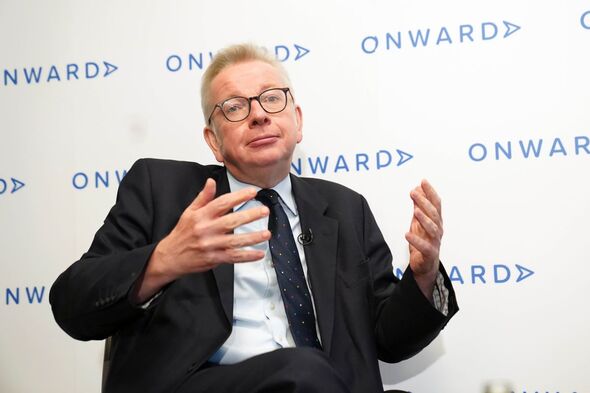 Last night, Cabinet Office minister Nadhim Zahawi declared in a newspaper article: “I do wonder what they think they are achieving by trying to undermine a Conservative government that is supporting people through an energy crisis.”

The Prime Minister wants the warring factions to show some unity and get behind her growth agenda.

But some allies fear she is a hostage to backbenchers who will dictate her policies by holding her leadership to ransom. They will adopt a “hyena strategy”, forcing her hand over and over again.

But Environment Secretary Ranil Jayawardena warned there would be consequences for the country if Tory MPs fail to support Ms Truss.

“A failure to do so will result in a coalition of chaos – a Labour government, propped up by the SNP and the Lib Dems. We need to back Liz Truss – or get Keir Starmer in Nicola Sturgeon’s pocket.” 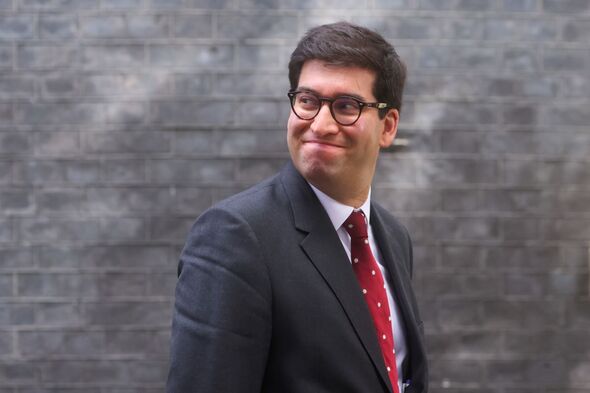 Ms Truss will want to avoid the splits that shipwrecked the Government’s plan to axe the 45p top rate of tax. There is already Cabinet-level opposition to increasing benefits in line with earnings rather than inflation. But an MP warned against real-terms benefit cuts, saying: “They won’t get it through the Commons.”

As discussions about future increases are set to place, the Institute of Fiscal Studies has calculated that raising benefits in line with earnings rather than inflation would save £7billion.

But a senior Government source said benefits should not be seen as “low-hanging fruit”. “I would resist that interpretation,” they said, acknowledging that many people who rely on benefits for their incomes are already struggling.

And the Child Poverty Action Group said the move could push 200,000 more youngsters into poverty – nearly all of whom are in families with at least one parent in work. Ms Truss won praise for steadying the Tory ship with her speech at last week’s conference in Birmingham.

But worried MPs have made no secret of their alarm at the economic turbulence unleashed by last month’s mini-Budget – and its effect on the Prime Minister’s popularity in the minds of voters.

“She’s the Conservative Corbyn,” a former minister said. “There is no way to win while she is leader.”

Warning that energy bills will be a serious problem for many households despite the Government’s intervention, they said: “People will still be paying £2,500 for their gas and electricity. It won’t be £3,500 but it will be £2,500. They can’t afford it.”

And they said they were ready for a return of Ms Truss’s predecessor. “I know it sounds crazy, but I’d take Boris back,” they said.

But a Government source batted away concern about Ms Truss’s performance in the first weeks of her premiership.

Predicting she would quickly strengthen in the role, they said: “We saw her get better and better over the course of the leadership campaign.”

And they contrasted the Prime Minister’s performance with that of Theresa May, who enjoyed high poll ratings at the start of her premiership but led the party into the 2017 election in which it lost its majority.