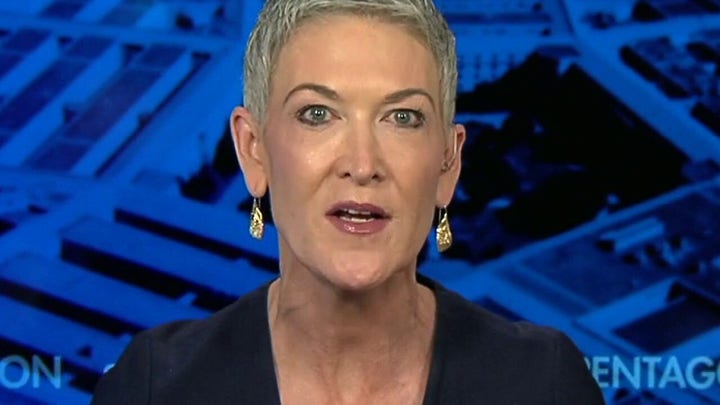 Russian military forces have not made the kinds of gains they expected in Ukraine and have faced more resistance than anticipated from Ukrainian forces, according to a senior U.S. defense official.

After two days of war, Ukrainian command and control is still intact and no population centers have been taken. And Russia has yet to achieve air superiority with Ukraine’s air and missile defense capability still working, though degraded, the defense official told reporters Friday.

“The Russians have lost a little bit of their momentum,” the defense official told reporters, speaking on background. 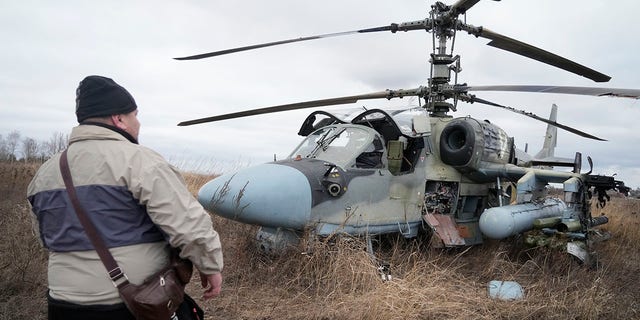 A man stands in front of a Russian Ka-52 helicopter gunship is seen in the field after a forced landing outside Kyiv, Ukraine, Thursday, Feb. 24, 2022.
(AP Photo/Efrem Lukatsky)

The official added: “In general we assess the Russian forces are encountering greater resistance than they expected.”

The official also reacted to a video of a Ukrainian border guard at the ill-fated Zmiinyi Island – also known as Snake Island – who told Russian aggressors to “Go f— yourself.” Russian warships fired and wiped out the 13 soldiers stationed there. 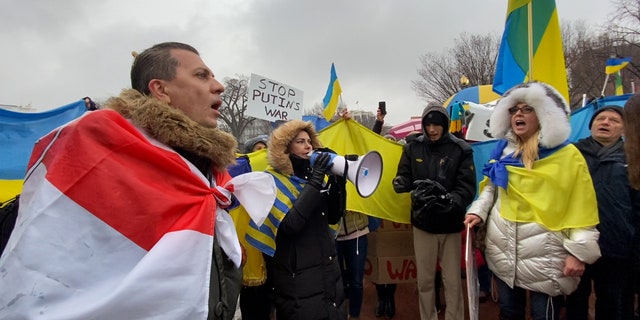 “It’s both gut-wrenching and inspiring,” the official said of the video. “And certainly reflective of what we have seen in the last 24 hours, which is the Ukrainians being willing to fight for their country, and do so bravely.”

The official said the U.S. has indications of an amphibious assault underway to the west of Mariupol, with thousands of naval infantry moving ashore near the southeastern Ukrainian city.

The three main fronts of the Russian attack remain: Kiev, with the Russian march having slowed to the capital city because of the resistance; Kharkiv and Kherson, with forces continuing to move in that direction but splitting off to go northeast to Mariupol and Donbas.

Meanwhile, the western part of Ukraine has been largely undisturbed. 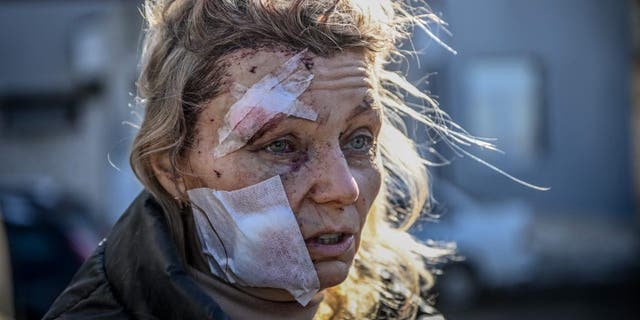 A wounded woman stands outside a hospital after the bombing of the eastern Ukraine town of Chuguiv on Feb. 24, 2022.
(ARIS MESSINIS/AFP via Getty Images)

Civilian areas have been hit and cyberattacks have also spread to Ukrainian media websites.

“We assess that about 1/3 of their combat troops amassed for the invasion have been committed so far to Ukraine,” the official said.