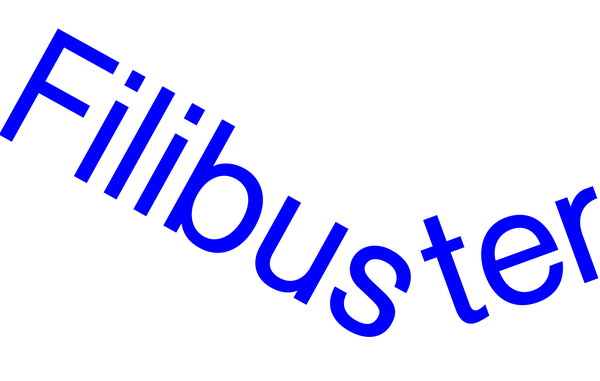 When they passed a $1.9 trillion Covid-19 relief bill this month, Democrats in Congress sped past their Republican opposition, using the budgetary reconciliation process to present a case study of what happens when they don’t bend over backward for G.O.P. buy-in.

Today, as they began hearings on a major piece of voting rights legislation, Democrats were making a different calculation. The bill isn’t eligible for reconciliation and is almost certain to meet gridlock in the Senate, given the threat of a filibuster from Republicans.

Few issues, if any, divide the country along partisan lines more than voting rights. The bill being debated, the For the People Act, passed the House on party lines with no Republicans voting for it. Knowing that getting 10 Republicans to join Democrats in overriding a filibuster is virtually impossible, Senator Chuck Schumer, the majority leader, is putting Democrats on a collision course with the existential debate over the filibuster.

But at the hearing today, he relished the opportunity to drive home the divide between Democrats and Republicans on this issue. “Today, in the 21st century, there is a concerted, nationwide effort to limit the rights of citizens to vote and to truly have a voice in their own government,” Schumer said, later chanting, “Shame! Shame!” at Republican lawmakers.

There’s a poetic irony and also a perfect logic to the fact that a debate over the filibuster would come to a head over voting rights legislation. Not only because filibuster reform involves the Senate altering its own voting rules, but also because the most high-profile uses of the filibuster throughout history have often been in order to block civil rights.

Pressure has been growing among Democratic insiders this week for changes to the filibuster. Senators have begun broadcasting their support for ending the practice, and a report in Axios published today quoted people close to President Biden saying he was ready to roll back the maneuver, although the White House has been publicly tight-lipped on the issue.

Just as Democratic senators were strident in their calls for federal voting rights laws today, Republicans were combative in their arguments against the bill. Some expressed outrage over the legislation’s proposal to end the mandatory 3-3 partisan split on the Federal Election Commission, a move that Democrats have said was necessary to promote reform.

“This bill is designed to corrupt the election process permanently, and it is a brazen and shameless power grab by Democrats,” Senator Ted Cruz of Texas said.

Senator Mitch McConnell, the minority leader, said that states simply “are not engaging in trying to suppress voters whatsoever.”

Senator Shelley Moore Capito, Republican of West Virginia, argued that the bill was trying to fix a voting system that didn’t need fixing, a position that seemed to go against prominent Republican narratives that the 2020 election was supposedly tainted by voter fraud.

But Democrats see an opportunity to press their case for filibuster reform with the For the People Act, a sweeping bill that would establish core national voting rights standards and create independent, nonpartisan commissions to handle the congressional redistricting process.

State-level Republican lawmakers have proposed hundreds of bills this year that would tamp down voting rights, according to the Brennan Center for Justice, and the G.O.P. will control the redistricting process next year in many key swing states. Democrats in Congress are looking at this bill as an increasingly urgent bulwark against voting restrictions and gerrymandering that could perpetuate targeted disenfranchisement, tilting the balance of political power for years to come.

Of course, it’s not yet certain that Senate Democrats will even unify in support of the bill. Senator Joe Manchin of West Virginia, who votes against his party with some regularity, is the lone Democrat who didn’t sponsor it, and he has yet to signal unequivocal support. If he does get behind it, he would have to work to roll back the filibuster as well (something that he and at least one other Democratic senator, Kyrsten Sinema of Arizona, haven’t yet gotten behind) in order to make that support mean anything.

On the season premiere of their podcast, the co-hosts and culture writers Jenna Wortham and Wesley Morris confront the most offensive word in the English language — a weapon of hate and a badge of belonging that’s everywhere and can’t be ignored. You can listen here, and tune in every Thursday for new episodes.