The White House has offered President-elect Joe Biden use of Blair House for the night before the inauguration and he has accepted, a State Department spokesperson told Fox News.

Blair House, the president’s guest house, sits across from the White House on Pennsylvania Ave. Presidents-elect have for decades spent the night there on the eve of Inauguration Day. It is larger than the White House and closed to the public.

The State Department oversees use of Blair House, a complex of four buildings comprising primarily used to house guests of the state. Still, the invitation to use the home typically comes from the president. 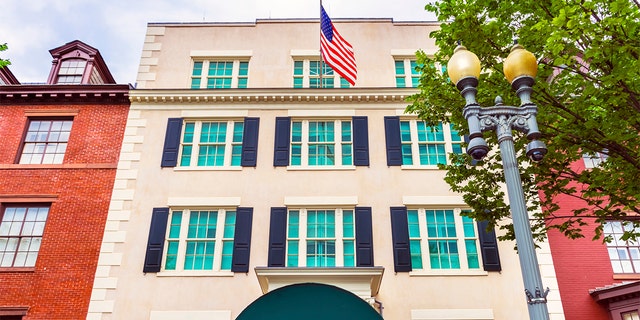 “As is customary, the White House offered use of the Blair House for Jan 19th and it was accepted,” the spokesperson said.

Trump said last week he would not be attending Biden’s inauguration. He’ll be the fourth president to not attend his successor’s Inauguration Day ceremony. Former presidents John Adams, John Quincy Adams and Andrew Johnson did not attend their successors’ inaugural ceremonies.

But last week the president, who failed in various legal challenges since Election Day – acknowledged for the first time that “a new administration” would be inaugurated Jan. 20.

“My focus now turns to ensuring a smooth, orderly and seamless transition,” Trump said. “This moment now calls for healing and reconciliation.”

Biden’s inauguration is expected to take place on the steps of the Capitol, though this year with a much smaller audience. Members of Congress will each get to bring one guest, when typically 200,000 tickets are offered for lawmakers to raffle off to constituents.

The theme of the inauguration is “America United.”

Biden will take the oath in the same place rioters broke through security to breach the Capitol two weeks prior. Officials are ramping up security ahead of the event and Biden said he is “not afraid” to take the oath of office outside.

The National Guard will ramp up its presence on Jan. 20 along with local law enforcement. President Trump also declared a state of emergency in Washington, citing the “emergency conditions” of Biden’s inauguration.