Fox News’ foreign correspondent has the latest on the tensions between Russia and Ukraine as an estimated 100,000 Russian troops gather at the border

The director of Ukraine’s defense agency anticipates Russian forces now amassed with hundreds of heavy fighting vehicles parked near the Russia-Ukraine border will attack by the end of January or early February 2022, according to the Military Times.

The only question is when and that decision comes down to the Russian president’s calculation of what President Joe Biden and the North Atlantic Treaty Organization might do in response.

To put a stop to Kiev’s rush to NATO membership Putin is readying his forces to attack this winter. That assault is likely to involve airstrikes, artillery and armor formations assisted by a deep penetration inside Ukraine by airborne forces and amphibious assaults into the critical ports of Odessa and Mariupul.

But first anticipate a feint from Belarus toward Poland to draw NATO’s attention away from Ukraine accompanied by some nuclear saber-rattling in the Baltic region.

Ukraine’s defense minister Oleksii Reznikov admitted the timing of any invasion remains unclear and that Putin has not as yet decided but it’s clear the Russians are rapidly building capacity to do so. They have significant forces, including tens of thousands of reservists called up in recent months, weapons platforms to include Iskandar short-range ballistic missile systems and other long-range weapons at the Ukraine border region. Significant publicly available satellite imaginary testifies to these massed Russian forces and their offensive equipment.

Biden is weak in the eyes of Putin and we can thank the sad U.S. military withdrawal fiasco from Afghanistan for fueling the Russian’s thinking.

Of course, any attack will likely follow the scenario seen with Moscow’s 2008 invasion of the Republic of Georgia and after the 2014 Winter Olympics in Sochi when Russian forces took Crimea and sparked the ongoing insurgency in Ukraine’s east. Each of those advances began with Russian forces launching a series of psychological operations and cyber-attacks. A similar scenario is already in motion across Ukraine.

Ukraine’s head of intelligence, Brig. Gen. Kyrylo Budanov, admitted “They [the Russians] want to foment unrest, through protests and meetings, that show the people are against the government,” an obvious justification (create a pretext) for “Mother Russia” to rush to the rescue of its former satellite as it did in the Republic of Georgia and Crimea. 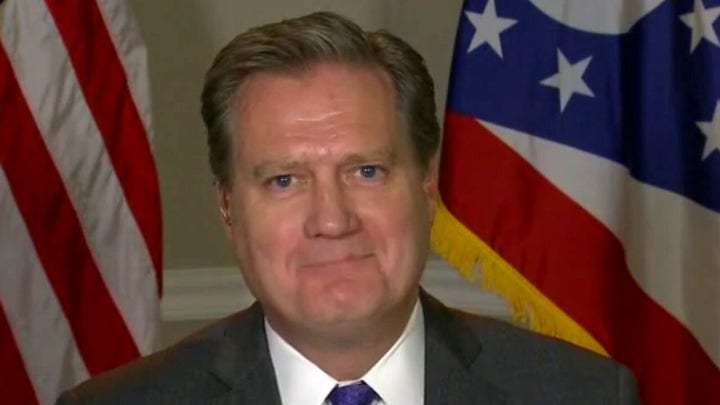 Budanov identified a recent example of Russian-created unrest inside Ukraine. He fingered the Russian-created anti-Ukraine sentiment attributed to the incident labeled “Wagnergate,” a controversy involving scores of Russian mercenaries hired by a Russian oligarch friend of Putin responsible for attacks inside Ukraine. It’s noteworthy we’ve seen the Wagner Group doing Putin’s bidding inside Syria, in several African countries and even elsewhere in Eastern Europe.

Will Putin attack Ukraine this winter? I give it a better than 50-50 chance. Why? Biden is weak in the eyes of Putin and we can thank the sad U.S. military withdrawal fiasco from Afghanistan for fueling the Russian’s thinking.

Further, the time is ripe for a foreign distraction because Biden is unpopular at home, he has many domestic challenges and a pesky congressional election in November 2022 that could result in his party losing both the Senate and the House of Representatives. Further, Putin sees that his ally Chinese President Xi Jinping has a similar view about weak Biden, which explains China’s military build-up across the Taiwan Strait and the possible coming take-down of democratic Taiwan.

Clearly the domestic and geopolitical challenges are mounting for the Biden administration, a true test of his foreign policy mettle. I have serious doubts Biden and his administration are up to the task of discouraging the likes of Putin and Xi from taking bold action to recover lands they long-ago claimed are theirs.