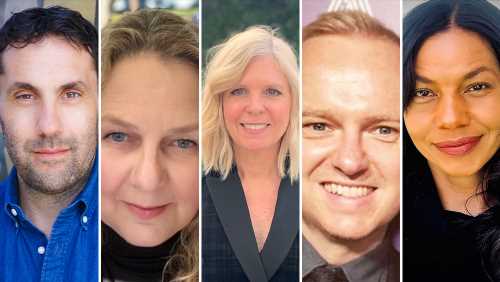 Goldstone is a Manager in Anonymous Content’s literary division. Govers, Hodgert, Millership, and Nunn are Talent Managers in the company’s Talent division.

“Each of these individuals plays a fundamental role in the continued success of Anonymous Content and could not be more deserving of this recognition and promotion to Partner,” said Anonymous Content CEO, Dawn Olmstead. “Their skill, commitment, desire to develop and amplify their clients, and passion for creating the premium stories we strive to tell every day is unmatched. On behalf of Anonymous Content, we are excited to see them thrive in this new capacity and look forward to all that they will continue to accomplish in this ever-changing industry.”

Goldstone started his career working in production at Phoenix Pictures and then at Fuse Entertainment, before joining Anonymous Content in 2008 as a literary manager and producer. He recently won a Peabody Award for the Apple TV+ series Dickinson starring Hailee Steinfeld, for which he served as an executive producer on the all three seasons of the show. He works with TV creators, showrunners, and filmmakers including Ron Leshem and Amit Cohen, Daniel Syrkin, Doug Miro and Evan Dunsky.

Govers joined Anonymous Content in 2013 as a Talent Manager representing veteran and up-and-coming actors. Prior to joining Anonymous Content, she was the owner of the Santa Monica-based boutique management company Artist Management for 18 years.

Hodgert has been a talent manager and producer at Anonymous Content since 2017 after 20 years working as a motion picture talent agent at Creative Artists Agency. Most recently, she executive-produced the upcoming feature The Stranger starring Joel Edgerton and Sean Harris. Previously, she was an executive producer on Boy Erased.

Millership joined Anonymous Content as a talent manager in 2020, representing film and TV actors. Prior to his time at Anonymous, Millership was a talent agent and partner at WME for nine years. He was formerly the head of the talent division at United Agents in the UK.

John DiMaggio Returning For ‘Futurama’ Revival On Hulu After All: “#Bendergate Is Officially Over”