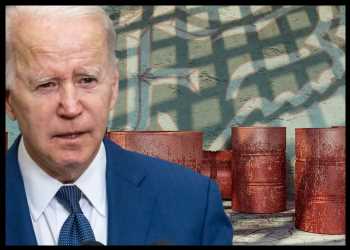 Biden is scheduled to make this announcement during a White House speeach at 1:15 PM ET Wednesday.

The Department of Energy said that its Notice of Sale of up to 15 million barrels of crude oil to be delivered from the Strategic Petroleum Reserve in December 2022 will go live at 10 AM ET.

This sale will complete the 180-million-barrel drawdown that the President announced in March to help address the significant market supply disruption caused by the war in Ukraine and aid in lowering energy costs for American families.

The sale is estimated to add about 500000 barrels per day of supply onto the market in December, providing continued supply certainty and some price relief.

The U.S. SPR is the largest strategic reserve in the world with about 400 million barrels remaining.

The President is also calling on DOE to be ready to move forward with additional significant SPR sales this winter if needed due to Russian or other actions disrupting global markets, the White House said.

The drawdowns have been a stabilizing force in the volatile energy market, and a recent analysis from the Department of the Treasury estimates that SPR releases this year, along with coordinated releases from international partners, have reduced gasoline prices by up to about 40 cents per gallon.

Wednesday, the President is also expected to announce that the Administration intends to repurchase crude oil for the SPR when prices are at or below about $67-$72 per barrel, adding to global demand when prices are around that range.

As part of its commitment to ensure replenishment of the SPR, the DOE is finalizing a rule that will allow it to enter fixed price contracts through a competitive bid process for product delivered at a future date. This repurchase approach will protect taxpayers and help create certainty around future demand for crude oil. That will encourage firms to invest in production right now, helping to improve U.S. energy security and bring down energy prices, according to the White House.

Biden will call on oil companies to pass on lower energy costs to consumers. The profit that energy refining companies are now capturing on every gallon of gasoline is about double what it typically is at this time of year, and the retailer margin over the refinery price is more than 40 percent above the typical level, according to the Biden administration.