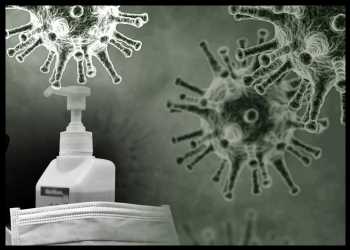 The Delta variant of coronavirus spreading across the United States at an alarming pace is apparently causing more severe illness and as easily contagious as chickenpox, U.S. media reported citing an internal document from the US Centers for Disease Control and Prevention.

The CDC presentation reportedly says that a Delta variant-positive person will have the potential to infect an average of eight or nine others. This is four times infectious than the original lineage.

78170 new coronavirus infections were reported in the country on Thursday. With this, the national total has increased to 34,751,045, as per the latest data from Johns Hopkins University.

The seven-day average has increased to 71231, which is the highest since April 14, according to relevant data analyzed by The New York Times.

With 321 COVID-related deaths reporting on Thursday, the national COVID death toll has increased to 612,122.

The number of people hospitalized due to coronavirus infection in the country has risen to 38,573, marking 76 percent increase in two weeks.

163.8 million people, or 49.4 percent of the U.S. population, are fully vaccinated, according to the Centers for Disease Control and Prevention.

79.9 percent of people above 65 have received both vaccine doses.

344,071,595 vaccine doses have been administered so far nationally.

Meanwhile, Japanese Prime Minister has extended the state of emergency for the Tokyo Metropolitan area and Okinawa until August 31.

Amid Covid-surge concerns, the state of emergency has been expanded to four other prefectures – Saitama, Chiba, Osaka and Kanagawa.