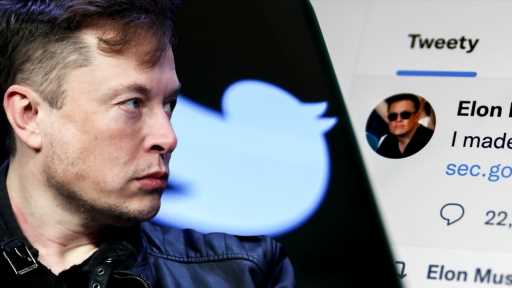 Elon Musk gave a strong indication today that his purchase of Twitter is indeed on track in a reference to the tortured deal, not via tweet, but towards the tail end of an earnings’ call for Tesla. He said the social media platform he’s looking to acquire by a court-imposed Oct. 28 deadline is currently overvalued, but “has incredible potential.”

“Although, obviously, myself and the other investors are obviously overpaying for Twitter right now, the long-term potential for Twitter in my view is an order of magnitude greater than its current value,” the billionaire Tesla founder said after the electric automaker’s quarterly results.

He called Twitter an asset “that has sort of languished for a long time.”

“I am excited about the Twitter situation,” he said.

Musk agreed to buy the company in April for $44 billion, or $54.20 a share, but walked away from the deal in July. Twitter sued in Delaware Chancery Court followed by a blizzard of legal filings and some acrimonious hearings. As markets tanked this spring and summer, Musk started disparaging the company shortly after he agreed to buy it, at one point saying the deal was “on hold.” But with a trial date set for Oct. 17, Musk reversed course again early this month and agreed to the transaction at the original price. The judge stayed the trial and gave his camp until Oct. 28 to close.

On Monday, Twitter froze the equity awards accounts for its employees, according to news reports, as the deal deadline approaches.

Asked on the call about folding his businesses including Tesla, SpaceX and eventually Twitter under one umbrella, he said, “It’s not clear to me what the overlap is. It’s not zero, but we’re reaching.”

“I am not Warren Buffett. I am not an investor. I am an engineer and manufacturing person and technologist. I actually work and design and develop products. We are not going to have a portfolio of investments or whatever. I don’t see an obvious window where they could get combined. At least now.”