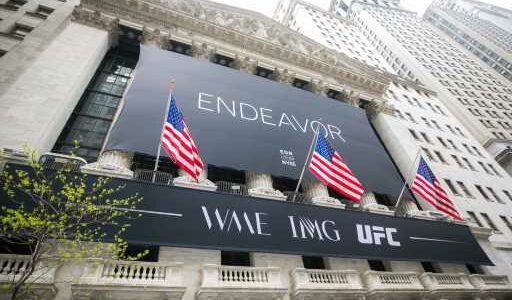 The company is starting its new chapter with a portfolio of assets poised to reap major benefits, the exec told Deadline, as Covid-19 retreats and cash flow from a wholly owned UFC helps it pay down debt.

As of Thursday morning, Endeavor Group Holdings trades on the New York Stock Exchange. It’s a second attempt at going public. The first was in the midst of a battle with the Writers Guild of America, and without as big of a bang from UFC, of which the company then had only a piece. Today’s offering was concurrent with a buy-in of the rest of franchise that Endeavor didn’t already own.

Shapiro, who had a lengthy exec run at ESPN before joining Endeavor in 2016, acknowledged that the company’s complex structure could give some investors pause. “That was the case the first time around. We have clearer and simpler narrative now,” Shapiro said in an interview. “It’s a matter of time, of investors and consumers getting more familiar with the company.”

Many companies in the media and entertainment sector have multi-faceted DNA, he added. “Disney is a complex story, they’re in every facet of the business — but it’s been around 100 years …. People know it,” he said.

Endeavor shares had a strong debut, then fell to below $24 – the company’s offering price set last night. Heading toward the final hour of the trading day, it was up more than 4% for the day at about $25.

Nick Einhorn, VP of Research at IPO-focused Renaissance Capital, said he’d expect the stock to trade in a wide band, both above and below the offering price. Even so, he added, it’s generally best to close above the offering price at least on opening day.

“What I’d say about the overall deal is that it may be a difficult company for investors to value because of its complicated structure and the fact that it’s going to be in Covid-recovery mode for the near future, as are a lot of its peers in the industry,” he said. “It will be a tricky thing for investors is to decide what the right multiples are to put on this.”

Shapiro said he’s “not too focused on what [the stock] does today or even from day to day. “This is a long term story,” he said.

Facebook is a legendary case of an IPO where the stock surged on the first day then sank to well below the initial offering price over the next several sessions — but it’s done more than okay since.

Shapiro said the game plan was always to roll up all of the UFC — “we just didn’t know if we would be able to do it.” A private placement transaction separate from the IPO allowed Endeavor to do that. UFC president Dana White tweeted a photo of himself outside the stock exchange, noting that the mixed-martial-arts circuit is “now a public company.” The message was re-tweeted more than 30,000 times.

Cash generated by the UFC’s pay-per-view business and TV deals with ESPN and others will help address one concern flagged by many observers of Endeavor’s business over recent years: debt.

An SEC filing last week put the company’s debt at a hefty $5.92 billion on a pro forma basis as of December 2020.

“I don’t want to run away from the debt,” Shapiro said. “It is what it is.” But the fact that Endeavor’s IPO and private placement attracted “high-quality investors” attests to a broad understanding in the marketplace that the company’s business involves leverage.

Dealmaking may not slow anytime soon. Shapiro said Endeavor CEO Ari Emanuel is “highly acquisitive” and has done 20 acquisitions since forming the company. “We’re going to seize on” opportunities to expand, he added.