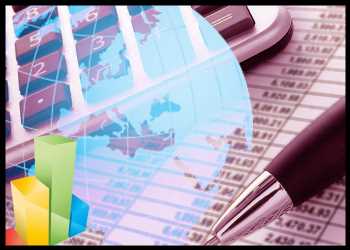 Unemployment and factory Purchasing Managers’ survey results from euro area are due on Thursday, headlining a busy day for the European economic news.

At 2.00 am ET, Destatis is slated to issue Germany’s retail sales data for May. Economists expect sales to climb 5 percent on month versus -5.5 percent in April.

Half an hour later, Swiss retail sales and consumer price figures are due. Inflation is seen rising to 0.7 percent in June from 0.6 percent in May.

At 3.00 am ET, Purchasing Managers’ survey results are due from Poland and Turkey. Also, unemployment data is due from Austria.

At 3.15 am ET, IHS Markit publishes Spain’s manufacturing PMI survey results. Economists expect the index to fall marginally to 59.3 in June from 59.4 in May.

At 3.30 am ET, Sweden’s central bank announces the result of the monetary policy meeting.

Thereafter, final PMI survey reports are due from France and Germany at 3.50 and 3.55 am ET, respectively.

At 4.00 am ET, IHS Markit publishes euro area final manufacturing PMI data. The reading is expected to match the flash estimate of 63.1 in June.

Also, Italy’s Istat is scheduled to issue unemployment data for May.

At 4.30 am ET, UK Markit/CIPS manufacturing PMI survey data is due. The score is seen falling to 64.2 in June, as initially estimated, from 65.6 in May.

At 5.00 am ET, Eurostat is scheduled to issue euro area unemployment data for May. The jobless rate is seen unchanged at 8 percent in May.