Home » Markets » This California theme park is set to reopen, but there's a catch 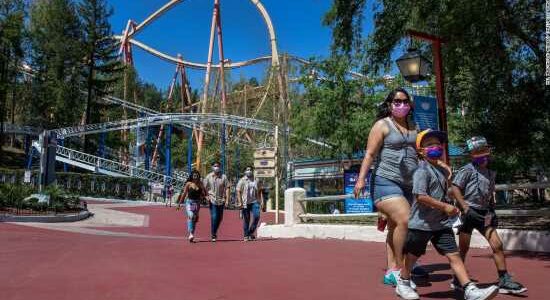 This California theme park is set to reopen, but there's a catch

New York (CNN Business)It’s been something of a roller coaster ride for the stock market and economy during the past year because of Covid-19. But now that it’s getting back to business as usual in the United States, companies that own actual roller coasters are enjoying a rapid rebound.

Shares of theme park owners Cedar Fair (FUN) and Six Flags (SIX) have soared as the economy has reopened and people look to travel and take affordable-ish vacations, or even just day trips.
Six Flags, the owner of Magic Mountain near Los Angeles, New Jersey’s Great Adventure and Six Flags over Georgia, is up nearly 25% this year and has more than doubled in the past 12 months. 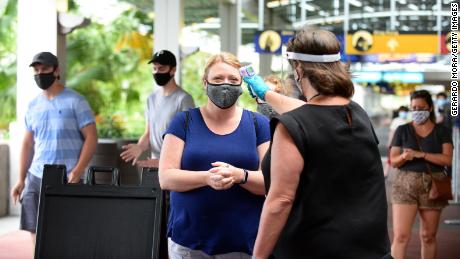 Cedar Fair, which owns Cedar Point in Ohio as well as Pennsylvania’s Dorney Park and Knott’s Berry Farm in California, has risen about 15% in 2021, and over 60% in the past year.

And then there’s SeaWorld (SEAS), which also owns Busch Gardens and Sesame Place in addition to its controversial aquatic parks. SeaWorld has soared an astonishing 205% in the past year, more than 50% in 2021 alone.

Executives from these companies are all optimistic about the prospects for a sustained rebound.
Cedar Fair CEO Richard Zimmerman told investors and analysts during an earnings conference call in May that there is “robust pent-up demand” from consumers and “a strong desire to visit our parks in 2021.”
“When you look back at last summer, everybody was impacted and didn’t have quite the experience they wanted to,” he said.
Zimmerman added that the company is experiencing an uptick in season pass sales and that he expects attendance to improve further as the cities and states where the company operates continue to relax rules that limit capacity. 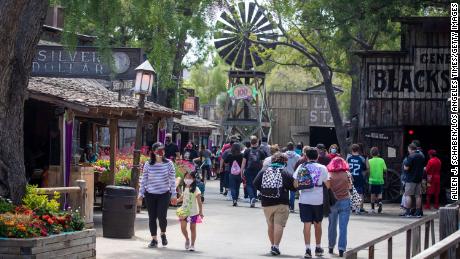 Consumers aren’t just flocking to the amusement parks for the rides. They’re also plunking down more money at concession stands and gift shops, according to Six Flags chief financial officer Sandeep Reddy.
Reddy said during a late April earnings conference call that in-park spending during this year’s first quarter was up 14% compared to the first quarter of 2019. (Most parks were shut down for stretches of the 2020 season.)
“The level of pent-up demand has exceeded our expectations, and the direction is very, very encouraging,” Reddy said, adding that it appears that many consumers are taking short drives for the day to visit various parks.

Betting on a big summer

Attendance from the company’s so-called Active Pass season ticket holders was just 54% during the first quarter of this year, compared with 64% in the same quarter two years ago.
But that’s actually a bullish sign, because it suggests that attendance levels could soon return to 2019 levels as more casual park-goers visit along with hardcore fans. Six Flags will provide a further update on the summer season when it reports its next earnings on July 28. 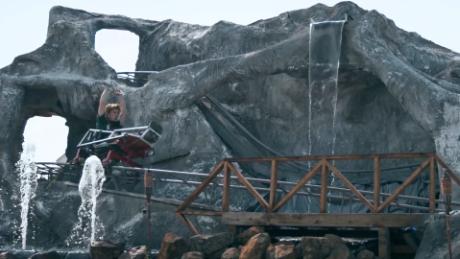 The desire to visit theme parks is clearly there. SeaWorld CEO Marc Swanson told investors on a May earnings call that the company had a “a robust spring break season across our parks, including several days where our parks reached capacity limitations.”
He added that it would have been “notably higher in the quarter” without those capacity constraints.
“We are encouraged by our guests’ desire to visit and spend at our parks and believe this is a good indicator for expected demand for our peak summer season,” Swanson said.
This should also be good news for entertainment giant Disney (DIS).
The media conglomerate generated 38% of its total sales from parks and resorts in fiscal 2019, which ends in September. That figure dipped to just 25% in fiscal 2020 as park and resort revenue plunged because of Covid lockdowns.
Disney CEO Bob Chapek is predicting a big turnaround for this year. “Intent to visit at Walt Disney World is growing and is actually already flat with 2019, which is obviously our last pre-Covid year. So that’s really good news for us,” Chapek said on the House of Mouse’s earnings call in mid-May.
“As capacity limits increase, we don’t think we’re going to have any problem at all sort of increasing our attendance to match that capacity. That is not something that keeps any of us up at night,” he added.
One major challenge faces all theme park owners — finding enough seasonal workers.

Cedar Fair’s Zimmerman said in May that “while we’ve had to deal with tight labor markets in the past, this is by far the most challenging labor environment I’ve seen in my more than 30 years in this business.”
The company is ramping up recruitment efforts, increasing wages and even giving out signing bonuses for some jobs.
Source: Read Full Article