Home » Business » Exxon Mobil to invest $3 billion in carbon capture and other projects to lower emissions. 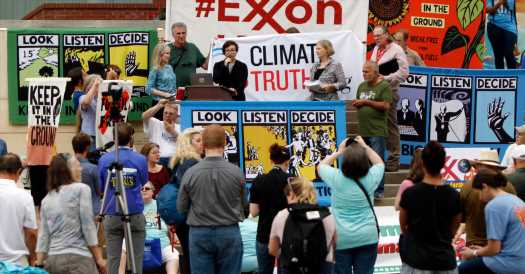 Exxon Mobil to invest $3 billion in carbon capture and other projects to lower emissions.

Exxon Mobil, which has long been criticized by environmentalists and some investors and elected leaders for not doing enough to curb climate change, said on Monday it would invest $3 billion over the next five years in energy projects that lower emissions.

The company said the first area it would work on is capturing carbon dioxide emissions from industrial plants and storing the gas so it does not enter the atmosphere, where it contributes to global warming. Many climate experts have said that such carbon capture and sequestration will be critical in the fight against climate change.

Exxon said it was creating a new business called ExxonMobil Low Carbon Solutions and is working on 20 carbon capture projects around the world, including in Texas, the Netherlands, Singapore and Qatar.

The moves comes as the Biden administration has promised to tighten regulations of the fossil fuel industry, increase fuel economy standards for cars and take other steps to reduce emissions of carbon dioxide and other greenhouse gases. Some institutional investors and environmental groups are also pushing Exxon and other companies to cut emissions from their operations and the use of their products.

Exxon in particular has been a frequent target of such campaigns because, unlike European oil giants like BP and Royal Dutch Shell, it has not invested in renewable energy or sought to set ambitious climate targets.

The announcement from Exxon came a few days after General Motors said it aimed to stop selling petroleum-powered cars and trucks by 2035 and only sell zero-emissions vehicles.