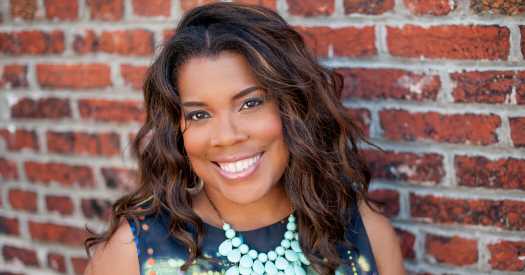 Danielle Belton, who led The Root for the last five years, will take over the top job at HuffPost next month, filling a role that has sat empty for more than a year.

Ms. Belton’s appointment was announced Wednesday by Jonah Peretti, the chief executive of BuzzFeed, which finalized its acquisition of HuffPost in February.

“I realized that journalism was right for me when I was in J-school at college, and I realized that these are my people. I got the same feeling talking to HuffPost staff,” Ms. Belton said in an interview. “That these are people who are really passionate about getting people the information they need in order to make the best choices possible about their day-to-day lives. These are people who love informing the world.”

BuzzFeed began its search for a new top HuffPost editor after it announced the planned acquisition in November, according to an internal email Mr. Peretti sent the staff on Wednesday. In the email, which was obtained by The New York Times, Mr. Peretti said that BuzzFeed had prioritized finding a leader for HuffPost with a long-term vision who could “champion its urgent, compelling and far-reaching journalism.”

Ms. Belton, 43, the editor in chief of The Root, a Black news and culture site owned by G/O Media, was offered the job last week.

HuffPost, originally known as The Huffington Post after its founder Arianna Huffington, has struggled financially in recent years in the competitive digital news space. Its most recent editor in chief, Lydia Polgreen, a former Times editor who led the website from 2016, left for Gimlet Media in March 2020. The role was left vacant.

BuzzFeed announced in November that it was acquiring HuffPost from Verizon Media. On March 9, shortly after the acquisition was finalized, BuzzFeed laid off 47 HuffPost employees and closed the publication’s Canadian edition. Mr. Peretti said at the time that the cost-cutting was required because HuffPost had lost more than $20 million in 2020 and projected it would lose the same amount this year.

The company was criticized for the way it handled the layoff announcement, which included requiring employees to use the password “spr!ngisH3r3,” a variation on the phrase “spring is here,” to enter the video meeting.

Ms. Belton now faces the task of uniting a reeling newsroom and charting a new course for the publication under BuzzFeed. She will report to Mark Schoofs, the editor in chief of BuzzFeed, though the two publications will have separate editorial teams and websites.

“I’m really excited about this healthy competition that’s going to exist between HuffPost and BuzzFeed,” Ms. Belton said. “I’m excited about the moment that HuffPost beats BuzzFeed on a scoop.”

Ms. Belton, who describes herself as “a hard-core nerd about media,” said her priority was to create a more diverse newsroom. She said she had been told by leadership that they were committed to diversity and that she would be able to hire more workers.

She said that there was “just no good way to lay off people” and she wanted to approach her new team “in a healing way.”

“I feel so passionate about the journalism and journalists who are there doing the work every day to make HuffPost an amazing publication,” she said. “So I really want to focus on them and making them feel good again about their situation, about their workplace, and continue to feel the pride they’ve always felt.”

Ms. Belton was the first editor in chief of The Root. She has written and edited for publications including theGrio, Essence, The Washington Post and The Times. She also created the award-winning blog The Black Snob.

Ms. Belton will start her new role on April 12. Her appointment was reported earlier by The Daily Beast.