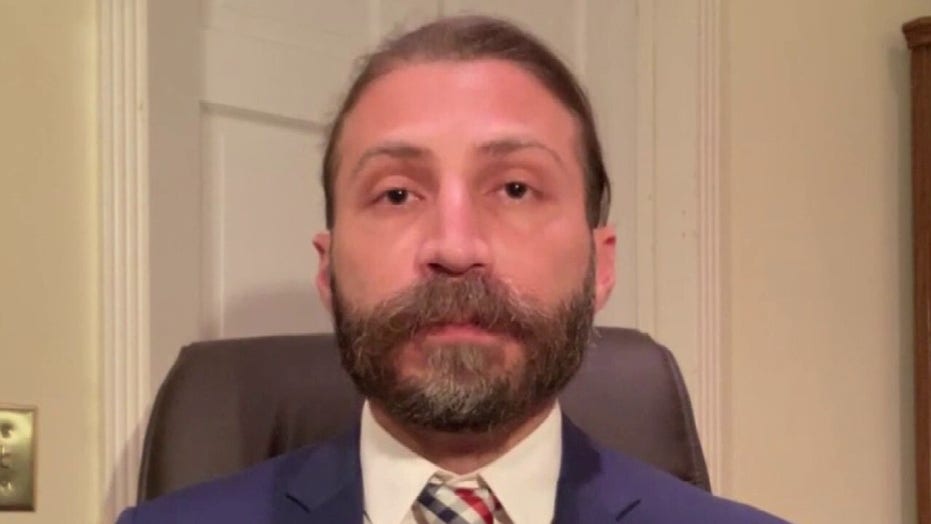 Del Rio Mayor Bruno Lozano on how his city has been overwhelmed by the migrant surge.

President Biden insisted Wednesday that the surge in migrants at the southern border began under the Trump administration.

“This new surge we are dealing with now started with the last administration, but it’s our responsibility to deal with it humanely,” Biden said as he met with his Secretary of Homeland Security Xavier Becerra and other top immigration advisers.

“There was a serious spike in people heading to the southern border even in the midst of that [the Trump administration]. That was because there were serious natural disasters” in Latin America, Biden said.

Biden also announced that he was tapping Vice President Kamala Harris to lead the White House effort to tackle migration challenges at the border, adding that Harris was the most qualified person to work with Mexico and Central American nations as they try to limit “serious spikes” in people trying to cross the border illegally.

Customs and Border Protection announced that it had encountered more than 100,000 migrants at the border in February, after over 78,000 in January. According to CBP data, there were  547,816 apprehensions at the southern border in all of 2020. That compares to 178,883 apprehensions since January 1, 2021.

The highest migration level at the border was in May 2019 under President Trump, when over 130,000 were apprehended at the border. Trump responded with policies to deter migrants, including the “Remain in Mexico” program, which required asylum seekers to wait in Mexico until their claims could be heard.