Two major players in fashion retail have reported differing fortunes in terms of momentum over Christmas, with Marks and Spencer (M&S) having more to smile about than ASOS for once.

While both grew sales over the festive season, the online-only retailer had already downgraded expectations due to headwinds including tougher competition in advance of Christmas.

ASOS forecast a hit from lower demand and supply chain disruption in November and reiterated that those issues had remained on Thursday when it posted total sales growth of 5% over the four months to 31 December.

It parted ways with its chief executive during that period – prompting something of a shock for investors as ASOS had long been a darling of the stock market thanks to consecutive periods of explosive growth.

Shares fell by more than 50% last year as its challenges mounted. 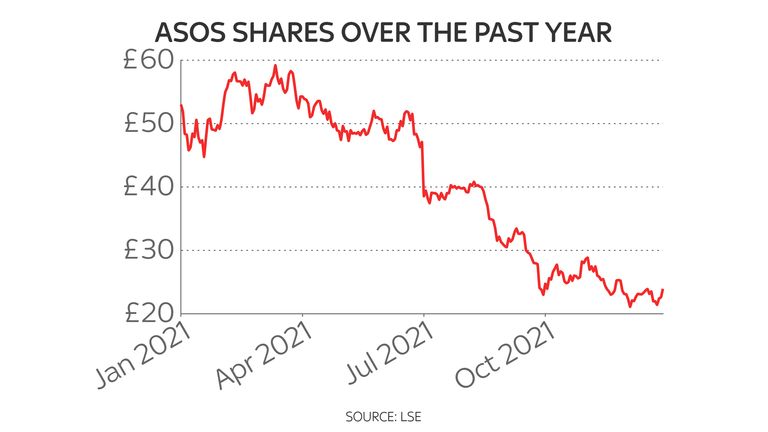 M&S, which ASOS overtook in terms of market value in 2017 as years of turnaround plans failed to deliver, finally had a Christmas to celebrate.

It nudged up its profit outlook thanks to a market-leading grocery performance but also grew clothing and home sales – the latter proving a drag on its profitability for more than a decade.

The retailer said fashion and home sales were 37.7% up in the 13 weeks to 1 January at just over £1bn when compared to the same period last year.

The figure was 3.2% up on a pre-pandemic basis. Analysts had expected sales to decline.

Food sales – bolstered by its online delivery partnership with Ocado – were 10% up on a 12-month basis at £1.9bn.

It now expected full-year profit before tax and adjusted items to be at least £500m compared to previous guidance of about £500m.

Chief executive Steve Rowe said: “Trading over the Christmas period has been strong, demonstrating the continued improvements we’ve made to product and value.” 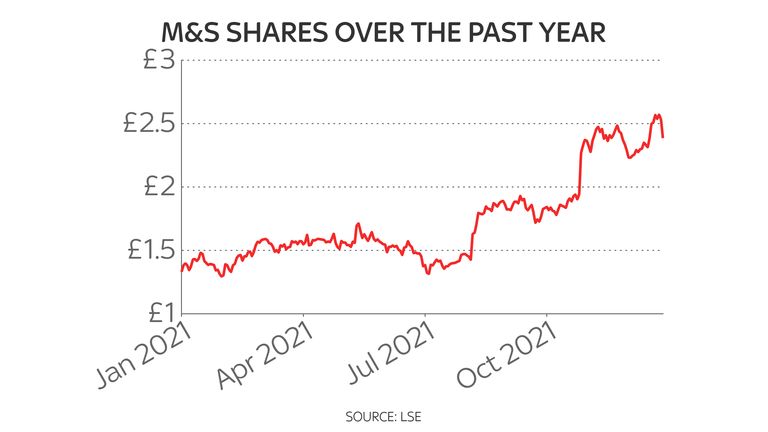 However, he warned that inflation in fashion would materialise in the next few months.

His chief financial officer added that it was inevitable that some of the cost pressures would be passed on to shoppers.

M&S’s shares have nearly doubled over the past year though they fell by 6% in early deals while ASOS saw gains of 7%.

Analysts said the M&S decline was down to disappointment that its profit outlook was not raised further but it had succeeded in attracting a younger customer base thanks to its engagement with audiences on social media. 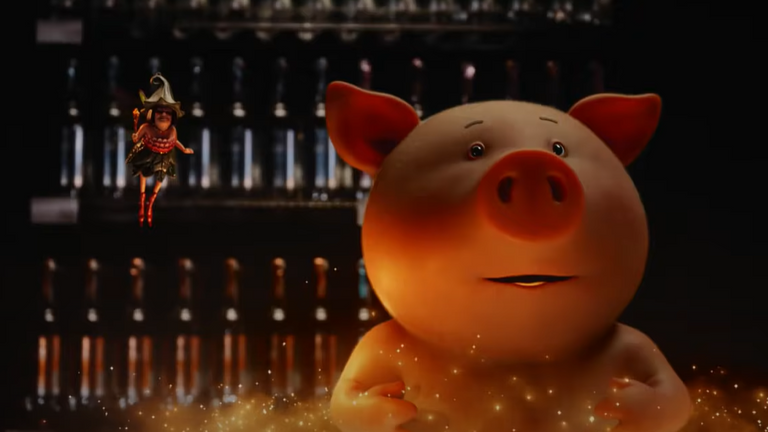 Nick Everitt, director of advisory at Edge by Ascential, said: “Marks & Spencer has recognised the urgent need to transform to fit the needs of today’s consumer. Following its successful joint venture with Ocado, M&S said it would open a second warehouse in 2021 to meet online demand.”

He added: “Shoppers are increasingly adopting an omnichannel mindset and M&S will need to continue investing in its store base, as consumers want to be inspired, to learn, socialise, and experiment with new products.”