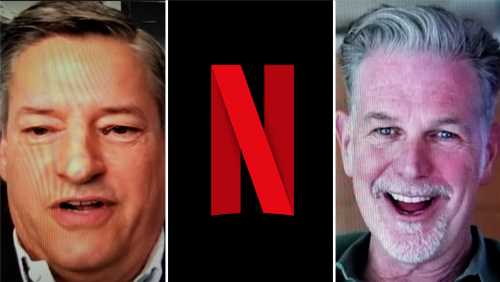 Netflix bosses said Tuesday that consolidation in the media sector hasn’t impacted its growth and that the streamer doesn’t see any urgent big deals for it to jump on in the midst of an industry M&A frenzy, although it looks at everything.

In a letter to shareholders at the release of its mixed second-quarter earnings report, founder-CEO Reed Hastings said the planned combination of Warner Media Group and Discovery and Amazon’s pending acquisition of MGM “are examples of the ongoing industry consolidation as firms adapt to a world where streaming supplants linear TV. The industry has consolidated materially over the years (Time Warner/AT&T, Viacom/CBS, Discovery/Scripps, Disney/Fox, Comcast/NBCU/Sky, etc.) and we don’t believe this consolidation has affected our growth much, if at all.”

“While we are continually evaluating opportunities, we don’t view any assets as “must-have” and we haven’t yet found any large scale ones to be sufficiently compelling to act upon.”

Further, he said that “n the race to entertain consumers around the world, we continue to compete for screen time with a broad set of firms like YouTube, Epic Games and TikTok (to name just a few). But, we are mostly competing with ourselves to improve our service as fast as we can. If we can do that, we’re confident we can maintain our strong position and continue to grow nicely as we have been over the past two-plus decades.”