Retiree William Tang recently decided to swap his life in downtown Shanghai for a luxury elder-care development in the city’s far west, paying $US220,000 ($300,000) to rent a two-bedroom apartment for 15 years.

“It is more like a resort,” Tang said after viewing the Ardor Gardens showroom, which highlights amenities including an indoor swimming pool, yoga rooms, wine tastings and round-the-clock care.

For a growing number of Chinese and international investors, elder-care developments like Ardor Gardens are becoming irresistible bets. Money is pouring into the sector amid renewed attention on just how quickly China is ageing. 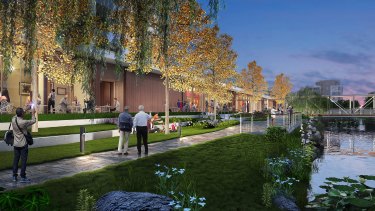 An artist’s impression of Ardor Gardens. Lendlease is in competition with established domestic players including blue-chip insurers, private-equity firms and property developers.

Sydney-based property and infrastructure company Lendlease, which put $US280 million into Ardor Gardens, is among investors that see the policy environment becoming more favourable as the Chinese government tackles its demographic challenges.

“The market will likely be completely different 10 years from now,” said Lendlease’s China President Ding Hui. “If you wait for 10 years before starting to think of buying land, learning, training up a team and developing a business model, very likely you would have missed the opportunity.”

According to China’s latest population data, the number of residents aged 60 and above has risen 47 per cent over the past decade to 260 million, more than 18 per cent of its total population. By 2050, it is forecast to nearly double to almost 500 million.

More are looking to join the fray. Chinese investment giant Citic Capital is aiming to build a handful of elder-care projects with partners in major cities over the next few years, said the head of the firm’s real estate division Stanley Ching. New China Life Insurance meanwhile just started selling a new 280,000 square metre elderly-care complex in a suburb of Beijing – roughly the size of 40 standard soccer fields.

Many of these companies have yet to make money from the senior-care business, but they’re betting that growing demand for such facilities and changing societal norms in China will deliver returns in the longer term.

On the policy side, the government is drafting detailed plans to strengthen the senior-care sector, with a focus on expanding basic and affordable services. These include increasing the number of beds at nursing homes, and putting resources into training much-needed professionals.

“China’s high-end senior care market has not entered the phase of high-speed growth, but it has certainly gotten started,” said Ye Liming, a director at the Shanghai Senior Service Industry Association.

The country’s demographic trajectory is also upending deep-set traditions that have impeded the popularity of care homes. Though children in China have long been bound by the duty to care for their elderly parents, many families live far apart following years of labor migration and urbanisation. The problem is exacerbated by the fact that many soon to enter retirement only have one child to rely on due to China’s one-child policy, which was eased in 2016.

Despite these demographic shifts, industry estimates predict that only around 3 per cet of Chinese seniors are willing or are able to afford the sorts of services that Lendlease is offering. The vast majority are expected to stay at home or at government-subsidised nursing homes. Though that’s still a large enough number given China’s massive elderly population, the low figure does signify a difficulty for investors.

As of July, Lendlease had filled about half of the first 100 or so apartments at Ardor Gardens that it began marketing last September. Official sales began in December. 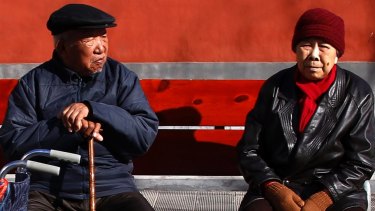 In a recent report, consulting firm Qianzhan Industry Research Institute noted that the occupancy rate of private elderly homes, mostly located in wealthy areas such as the Yangtze River Delta, is hovering at 37 -48 per cent, far below the 85 per cent they need to break even. Customers are deterred in part by the cost, due to high land prices and the absence of a real estate investment trust market – a key long-term funding channel for elder-care property investors in developed markets like North America, Europe and Japan.

‘Our purpose is not to just spend money buying a property … It’s for a more exciting second life.’

Lendlease’s Ding believes that getting dozens of seniors to part with their money for a rental property in Ardor Gardens is significant, given the pandemic. More notable, he thinks, is that the mentality that seniors should spend their savings on owning a property in order to pass it down to the next generation – rather than on their own leisure – could finally be starting to shift.

To that end, Tang, who is in his 70s and anticipates moving into Ardor Gardens in September, is the sort of retiree that investors are banking on – cash-rich, open-minded, and looking to have fun in their twilight years.

“Our purpose is not to just spend money buying a property,” said Tang. “It’s for a more exciting second life.”