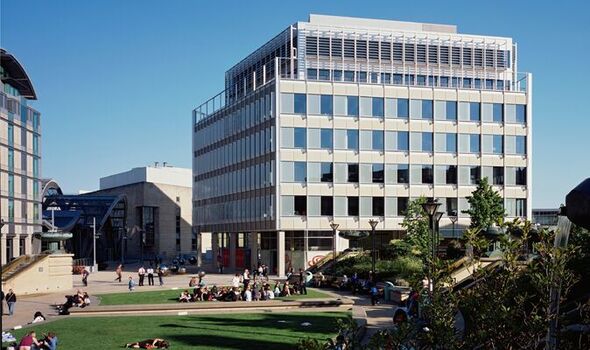 And 83 percent of workers in the Yorkshire city have worked more than their contracted hours.

In contrast, Glaswegians enjoy the earliest finishes, while those based in Leeds think they are the most sociable outside of work.

And companies in Newcastle and Leeds came out joint top for being the most appreciative of staff and colleagues.

Richard Smith, CEO of global flexible workspace brokerage Office Freedom, which commissioned the research, said: “Every city is different when it comes to the way its businesses operate.

“It’s been really interesting to see how different areas of the UK vary, and how the nation feels about their workplace and its habits in general.

“But it seems there are some parts of the UK where workers are happier than others.”

The study also found those in Leeds consume the most cups of tea and coffee – an average of four cups a day.

And Bristol workers take the longest lunch breaks, getting a solid 30 minutes each day.

While Newcastle firms have the best childcare benefits, with 64 percent of workers in the north-east city believing their company is flexible and understanding when it comes to families.

It also emerged two-thirds of all workers generally enjoy where they work, with the average worker typically taking part in two social events per month.

A further 38 percent consider their colleagues as friends, with one in five (21 percent) enjoying their company outside of work at least twice a month.

Since the start of the pandemic and introduction of flexible working, 72 percent now enjoy work more because of it.

And a third are now taking longer lunch breaks when working from the comfort of their own home.

Despite this, 51 percent reckon they are generally working more – with 49 percent going past their contracted hours on all or most of the days they work.

Overall, two-thirds of workers feel their company has benefited from hybrid working, with 63 percent surprised at how they used to work in the office five days a week.

As a result, nearly a third of those polled via OnePoll would be sad if the hybrid working model was scrapped, and a further 20 percent would feel angry.

Richard Smith, from Office Freedom, added: “This new way of working is finally here – and it’s here to stay.

“It has been on the cusp for a while, but it seemed the pandemic gave it the push it needed to move us into the future of hybrid working.

“With companies trialling four-day weeks, flexibility is more important now than ever. I don’t think we’ll ever see the UK, or even the world, go back to old working habits, which is really exciting.”