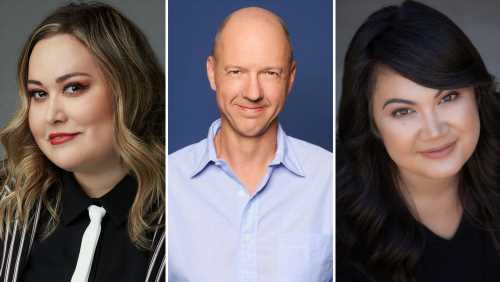 Tanya Saracho (Vida), Mike Royce (One Day at a Time), and Liz Hsiao Lan Alper (Day of the Dead) continue to do the work to bring more equity and inclusion to Hollywood — something that it seems to have trouble with as of late (we’re looking at you HFPA). The trio has partnered with the Writers Guild Foundation to launch the Writers’ Access Support Staff Training Program, a first-of-its-kind initiative to support the full inclusion and employment of underrepresented groups in the television industry.

The inaugural program has a mission is to provide writers who are BIPOC, LGBTQ+, writers with disabilities, and writers over the age of 50, with tools and education to become a writers’ assistant and script coordinator, ultimately resulting in meaningful employment opportunities.

Historically, these positions have historically been an invaluable way to learn the writing process first-hand, with the ultimate goal of getting a writing job. Graduates of the program will be included in an ongoing list of trained writers’ assistants and script coordinators primarily from underrepresented groups, which will be made available to studios, networks and showrunners, in order to increase the pool of eligible hires. This will open the door to opportunities to writers who are typically excluded from the writers’ room. In turn, the program hopes to up representation among television writers and capture an inclusive array of the human experience.

“This idea originated when we found ourselves sharing our frustration at how writer’s assistant candidates from underrepresented groups become trapped in a mobius strip of, ‘need experience but can’t get experience without being hired,’ ” said Saracho, Royce and Alper in a joint statement. “In order to incorporate true inclusion in Hollywood, we must ensure every underrepresented voice has the chance to get their foot on the ladder of success. Writing support staffs are integral to the success of a TV room and have been treated more as a type of apprenticeship for aspiring writers. In that way, this program aims to be a step towards greater inclusivity at the ‘entry level,’ and in the future, on all writing staffs.”

The program has received funding from Sony Pictures Entertainment, with plans in the future to include support from all studios, as well as agencies and management firms. The pilot program, which will be virtual, consists of eight-week semesters offered two to three times a year, and be taught by instructors Debbie Ezer (The Good Doctor) and Clay Lapari (Community), who aren’t strangers when it comes to experience as writers’ assistants and script coordinators for TV. Added bonus: the sessions will feature several guest showrunner lecturers.