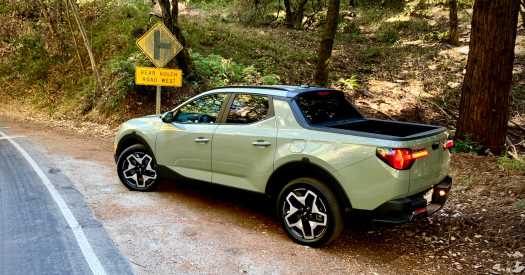 The Mighty Pickup Slims Down

Country music staple. V-8 power. Hulking can-do attitude. Apple pie might be the only slice of Americana that the pickup truck doesn’t check off. The three most popular vehicles sold in the Home of the Brave, historically, have been the Ford F-150, Chevrolet Silverado and Ram 1500, in that order. Need to drag a house off its foundation? Hand me that recovery strap and turn up Blake Shelton.

Over the past 40 years, while that triumvirate cemented a hold on the market, trucks bulked up. Today’s midsize models, like the Colorado, Tacoma and Ranger, are similar in size to a 1970s F-Series. The days of single cabs are largely over, as buyers have overwhelmingly demanded crew cabs to haul the clan.

But something interesting is happening in a category where brute strength is a chief selling point. Looking to expand sales, makers are offering smaller trucks, adding special features and electrifying new models. Your dog may love the result.

Reducing mass could be smarter than hiding a truck from a vengeful ex. The latest census shows Americans continue to migrate to cities, where drivers of large pickups face white-knuckle moments like dense downtown streets and claustrophobic parking structures (hmmm, is my truck under 6’7”? Am I feeling lucky?).

The big news in small is Ford’s 2022 Maverick. Built on the same crossover architecture as the Bronco Sport and Escape, the Maverick slots under the Ranger in size. Long before Ford acknowledged the Maverick’s existence, spy photos made it clear that the company had a new compact truck in development. But the official unveiling dropped jaws like undampened tailgates — base models, starting around $21,450 when they arrive this fall, run with a four-cylinder hybrid powertrain. Let’s see how Brad Paisley works permanent-magnet electric traction motor and lithium-ion battery pack into his lyrics.

The front-drive Maverick hybrid (all-wheel-drive requires an optional 2-liter turbocharged four-cylinder engine powertrain) is expected to deliver 40 miles per gallon in city driving, 33 highway. Perfect for people who buy on functionality, not testosterone. The company already has “100,000 reservations in big costal cities like Los Angeles, San Francisco, Houston and Orlando,” according to Mike Levine, a Ford spokesman.

The Transition to Electric Cars