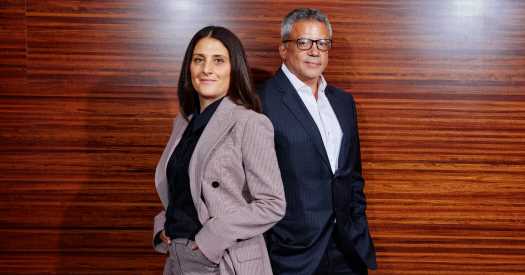 They Resurrected MGM. Amazon Bought the Studio. Now What?

Paul Thomas Anderson and Michael De Luca are film geeks with a shared history. As a studio executive, Mr. De Luca championed Mr. Anderson’s “Boogie Nights” and “Magnolia,” films that established the director’s reputation as a creative force. So when Focus Features said it would postpone the production of Mr. Anderson’s new film because of the pandemic, it was Mr. De Luca, in his new role as chairman of MGM’s Motion Picture Group, who swooped in and pledged to get the movie into production in Los Angeles when Mr. Anderson wanted to shoot.

And being that the two men can’t resist the pull of old Hollywood, Mr. De Luca made sure to amp up the nostalgia associated with his efforts to reinvigorate MGM, the once mighty studio that in recent decades has been reduced to a financial Ping-Pong ball, volleyed back and forth by various investors eager to turn the company’s 4,000-film library into a cash cow.

“I said, ‘This will be fun. Come make your movie at Metro,’” Mr. De Luca recalled with a laugh, referring to the studio’s former moniker of Metro-Goldwyn-Mayer.

“If Mike says something will happen, it happens,” he said. “It’s hard not to stress how rare of a quality that is.”

The question now is, in light of Amazon’s decision last month to acquire MGM in an $8.45 billion deal, will Mr. De Luca still be able to keep his promises? Or will he simply be part of a corporate hierarchy less prone to taking chances on films and filmmakers?

In the past 15 months, MGM has experienced a resurgence, led by Mr. De Luca, a one-time brash and reckless young executive who introduced filmmakers like Mr. Anderson and David Fincher to the culture when he was president of production at New Line Cinema, and now, after 36 years in the business, is seen as one of its most reliable statesmen. His deputy, Pamela Abdy, produced “Garden State” when she was at Jersey Films and amplified the career of Alejandro González Iñárritu, among others, during her time as a Paramount executive and later at New Regency.

At MGM, the two have compiled a heady mix of A-list directors and compelling material they hope hearkens back to the days when Fred Astaire and Judy Garland roamed the once-hallowed studio’s hallways. The next six months will show if their strategy pays off. Mr. Anderson’s movie will debut on Nov. 26. It will follow Ridley Scott’s pulpy drama “House of Gucci,” starring Lady Gaga and Adam Driver. In December, Joe Wright’s musical adaptation of “Cyrano,” with Peter Dinklage and featuring music from The National, will be released. 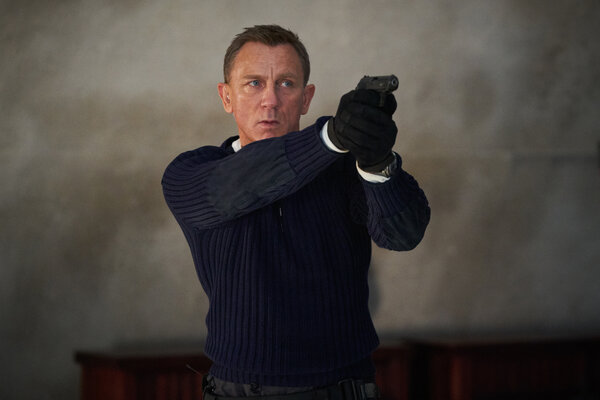 And then there is “No Time to Die,” the long-awaited 25th installment of the James Bond franchise and Daniel Craig’s swan song in the role, which is scheduled for theatrical release on Oct. 8.

“Mike and Pam understand that we are at a critical juncture and that the continuing success of the James Bond series is dependent on us getting the next iteration right and will give us the support we need to do this,” Michael Wilson and Barbara Broccoli, the sibling producing team who have long overseen the Bond franchise, said in a statement.

They added that “Amazon has assured us that Bond will continue to debut” in movie theaters. “Our hope is that they will empower Mike and Pam to continue to run MGM unencumbered,” they said.

Still, Amazon’s priorities are inherently different from a traditional studio’s.

In 2019, Amazon Studios, under the leadership of Jennifer Salke, shifted away from exclusive theatrical windows, opting instead to make movies available in theaters and on Amazon Prime the same day, the strategy preferred by the prominent streaming platforms. The pandemic turbocharged that approach. Ms. Salke was able to buy films like “Coming 2 America” and the recently released “The Tomorrow War” from studios looking to offload their movies because theaters were largely closed. Viewership on Amazon Prime skyrocketed and movies, which had previously taken a back seat to television shows, suddenly became a much more attractive opportunity. Anemic overall film output would no longer do.

Mr. De Luca and Ms. Abdy stress that even in light of the pending acquisition, which still needs government approval, their philosophy of movie theaters first will remain.

It’s not clear how the management of MGM will be handled once the acquisition is complete. Amazon declined to comment on the record for this article. There are some in Hollywood’s film community who are hopeful that Mr. De Luca and Ms. Abdy will oversee Amazon’s movie business once the merger is complete.

Ms. Salke has led both divisions for the past three years, managing an $8 billion annual content budget, and Amazon has made no indication that will change. Before joining Amazon, Ms. Salke spent seven years as president of entertainment at NBC. (In an interesting twist, Ms. Salke’s biggest bet is a $450 million television adaptation of J.R.R. Tolkien’s “Lord of the Rings,” which Peter Jackson previously adapted into a series of blockbuster films at New Line when Mr. De Luca was an executive there.) Her upcoming films include the Cannes Film Festival opener “Annette”; Aaron Sorkin’s “Being the Ricardos,” about Lucy and Desi Arnaz; and George Clooney’s “The Tender Bar,” starring Ben Affleck.

The producer Matt Tolmach, who has two projects in the works at MGM, including the horror film “Dark Harvest,” set for release on Sept. 23, said Mr. De Luca’s passion for good stories is infectious. “He read the script and he called me, and we had an hourlong conversation just about the possibilities and how amazing it would be and how we can push the boundaries,” he said of “Dark Harvest.” “That’s what he does. He makes your movie better.”

As Mr. De Luca sees it, the new MGM is about “treating the filmmakers like the franchise,” he said. When he and Ms. Abdy first joined forces, the duo compiled a list of 36 directors they were hoping to lure to the studio. In 15 months, they’ve nabbed 20 percent of them, including Darren Aronofsky, Sarah Polley, Melina Matsoukas and George Miller.

“We don’t mind taking big swings and gambling because I think it’s either go big or go home,” he added. “I think the audience rewards you if you are really original, innovative, bold and creative.”

In a shareholder meeting last month Jeff Bezos, Amazon’s founder and executive chairman, called the reason behind the acquisition “very simple.” He said MGM had a “vast, deep catalog of much beloved” movies and shows. “We can reimagine and redevelop that I.P. for the 21st century.”

That runs counter to the approach Mr. De Luca and Ms. Abdy have primarily taken.

“Mike and I did not sit down and say let’s raid the library and remake everything,” Ms. Abdy said. “Our focus is original ideas with original authorship and real filmmakers, but you know every once in a while something will come up that’s fun and we’ll pursue it if we think it makes sense.”

Those ideas include a hybrid live action/animated remake of “Pink Panther”; Michael B. Jordan directing the third installment of the “Rocky” spinoff “Creed”; and “Legally Blonde 3” with Reese Witherspoon and a script co-written by Mindy Kaling.

Of course, all of MGM’s success is hypothetical, as none of the projects initiated by Mr. De Luca and Ms. Abdy have been seen yet. The company’s recent acquisition of Sean Penn’s directorial effort “Flag Day,” which is set to debut at the Cannes Film Festival before opening on Aug. 20, will mark the regime’s first release. The studio also has high hopes for “Respect,” an Aretha Franklin biopic starring Jennifer Hudson, which comes out in August (and was in motion when Mr. De Luca and Ms. Abdy came to MGM).

But they said their efforts to reinvigorate the studio were more than just an attempt to make the company attractive to buyers. Anchorage Capital, the majority owners of MGM, put the studio up for sale in December and the speed with which a deal was made surprised Mr. De Luca and Ms. Abdy.

Both said they were in for the long haul. “If it works, I feel like it could go on forever,” Mr. De Luca said. Ms. Abdy added, “Until they carry us out.”

As part of their efforts, Mr. De Luca and Mrs. Abdy even had MGM’s logo reworked: Leo the lion is now digital and the gold film ribbons that encircle him have been sharpened “to own gold the way Netflix owns red,” Mr. De Luca said. The three Latin words encircling the lion — “Ars Gratia Artis” — are first spelled out in English: “Art for Art’s Sake.”

“Long live the lion!” he said. “Whether it’s ‘The Wizard of Oz’ or ‘Tom & Jerry’ cartoons, the lion is a symbol of our business. The healthier, the better.”

And how does he feel about MGM being sold to Amazon?