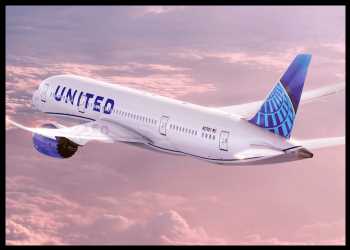 United Airlines’ 593 employees are facing termination for failing to comply with Covid-19 vaccine requirement, reports said. Meanwhile, more than 99% of employees complied with its policy to receive the vaccine or apply for a medical or religious exemption.

The employees were required to upload proof of vaccination by Monday.

Among the United Airlines’ around 67,000 employees, nearly 2,000 sought exemptions for religious or medical reasons. The company earlier had said that employees who receive such exemptions would be placed on temporary unpaid leave.

As per reports, the unvaccinated employees without exemptions will be terminated on the grounds of violating a company safety policy.

CNBC quoted United’s CEO, Scott Kirby, and the company’s president, Brett Hart as saying, “This was an incredibly difficult decision but keeping our team safe has always been our first priority.”

Last week, six employees of United Airlines filed a lawsuit against the company’s compulsory-vaccine policy. According to the lawsuit, the company did not discuss with employees its vaccination policy.

The airline is the first major one to issue compulsory vaccine mandate for its employees.