Why a ‘dangerous man’ was a safe Fed pick for Biden

President Joe Biden, dogged by weakening public approval ratings and coming off a hard-fought battle to pass his new infrastructure law, didn’t have to make his life more complicated with his pick to lead the Federal Reserve. 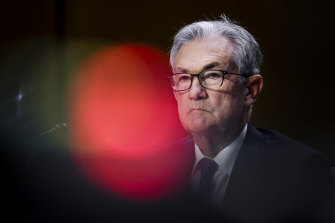 Fed chairman Jerome Powell has been reappointed for a second term.Credit:Getty Images

Choosing the path of continuity and compromise was always going to be the safest and easiest route for Biden. Sure, Senator Elizabeth Warren of Massachusetts called Powell a “dangerous man” and opposed offering the Republican another term. But he has won praise on both sides of the aisle for how he handled the economic fallout from the COVID-19 pandemic. Treasury Secretary Janet Yellen reportedly favoured Powell as well. There’s every reason to expect he will win overwhelming bipartisan confirmation.

Contrast that with Brainard, who was the other top contender for the job. Brainard, a Democrat, has a background both personally and professionally that veers into the political arena. She was President Bill Clinton’s deputy national economic adviser and for part of Barack Obama’s presidency was the undersecretary for international affairs at the Treasury Department. Her husband, Kurt Campbell, joined the Biden administration this year as deputy assistant to the president and coordinator for Indo-Pacific affairs on the National Security Council.

In this hyperpartisan environment, these ties would have undoubtedly caused a wide swath of Republicans to instantly oppose her nomination for the top spot. Brainard probably could have advanced on a party-line vote, depending on whether she could win over Senator Joe Manchin of West Virginia. But is it really worth it for the White House to expend that political capital?

In truth, Powell and Brainard are virtually identical when it comes to monetary policy. Powell has fully embraced his inner dove, committing to keep interest rates near zero until the US economy reaches “maximum employment,” even if it spurs a bout of elevated inflation along the way. This isn’t far off from Brainard’s vision of how the central bank should function at the effective lower bound of interest rates, which she articulated in an important speech in November 2019. Either nominee would likely face questions from Republicans about how to tame inflation after the sharpest increase in consumer prices in three decades, but Powell can more likely assuage any concerns after years of going through congressional testimony and leading the Fed during a period of tightening policy.

The primary area where the two diverge is bank supervision. In December 2020, the Fed concluded that banks were in a strong enough position to resume buying back shares after restricting cash distributions in the wake of the pandemic. Brainard was the only Fed official to vote against the decision. “Prudence would call for more modest payouts to preserve lending to households and borrowers during an exceptionally challenging winter,” she said in her dissent, seemingly speaking straight to Warren and other progressives within the Democratic party.

Biden could have picked Brainard as vice chair for supervision, where she could more directly influence banking regulation. But as vice chair, she will still have an important voice on such matters while also ascending into one of the three positions (along with chair and president of the New York Fed) that are widely considered to be the most influential on monetary policy. The White House said it plans to announce more nominations for open seats beginning in early December.

Another upside of picking Powell is that it starts to rebuild the Fed’s perceived independence after President Donald Trump badgered Powell for years. Yellen reportedly stressed the importance of continuity and avoiding the politicisation of the leadership role. It shows that the recent trading scandal to hit the central bank, which caused two regional Fed presidents to leave their posts, wasn’t a politically motivated push to get the Republican out of the top job.

Last — but perhaps most important — Powell is the less-risky pick when it comes to potential financial market volatility. It took time for traders to come to understand Powell and for him to learn how to best communicate to markets. At this point, he has fine-tuned his messaging enough that he’s unlikely to create a meltdown himself. By contrast, in October 2018, what appeared to be a throwaway line that “we’re a long way from neutral, probably” ended up starting a stock-market skid. With someone new, there’s the risk that markets will be more skittish — something that Biden can ill afford with his popularity teetering. 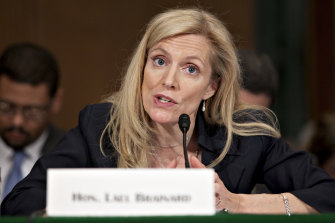 Biden had two paths: One was the safe pick, the other was a big political gamble for a relatively modest reward. He wisely chose the former, even if it took an agonisingly long time to reach the decision. Powell’s reconfirmation process should go about as smoothly as anything the Biden administration has done in its first year.